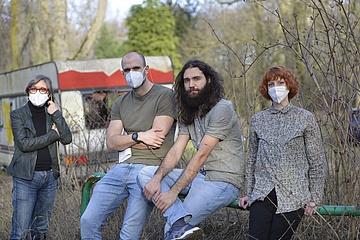 After Berkay Cetin and his girlfriend Sara Zimmermann's Corona-related ZOOM classes at Arturo Drama School were no longer enough, they decided to produce their own play. He asked Doris Plenert, their class teacher, if she would direct it. To finance the production, he applied for grants, which were approved, and work on the production of the play "Lederfresse" by Helmut Krausser could begin.

Eventually, a third student, Stefan Heidelberg, joined as assistant director. At first he was also supposed to play the small role of the police, but then the team developed an additional character together - the DIRECTOR'S ASSISTANT - who updates the events.

"Lederfresse" by Helmut Krausser tells about the attitude towards life of young people today, their disorientation, their search for meaning and perspective. All are looking for their place in life, want to have meaning, want to be someone special. The play is about a couple (HE: an unsuccessful writer and wannabe Che Guevara with a chainsaw, SHE: a waitress with acting ambitions and Lady Macbeth attitude) who are looking for "that one moment" which they hope will take them out of the uniformity, the mundaneness of their lives. That one moment does come, but in a different way than they think. They want to see the world as a game. Unfortunately, the world does not abide by their rules and in the end the game turns bloody serious.

The production works with several layers, so HE sends his messages to the world via internet (we show these videos on stage), SHE dreams herself into her world of dance. The DIRECTOR-ASSISTANT (a role we invented additionally to bring more actuality into the play) gets out of the action - in which he actually does not belong - from time to time and tells the audience and the actors how the production should run.

The actors are fourth- and final-year students, and it's remarkable the creativity and craftsmanship they display. With a huge enthusiasm, they all bring their experiences, visions, fears and hopes to this production.

Photographer Jürgen Sieckmeyer has designed an exciting set for the contemporary production and is also producing a video about the production - not as a 1-to-1 video recording of a theatrical production, but as a separate aesthetic realization of the play through the filmic observation of the production work. 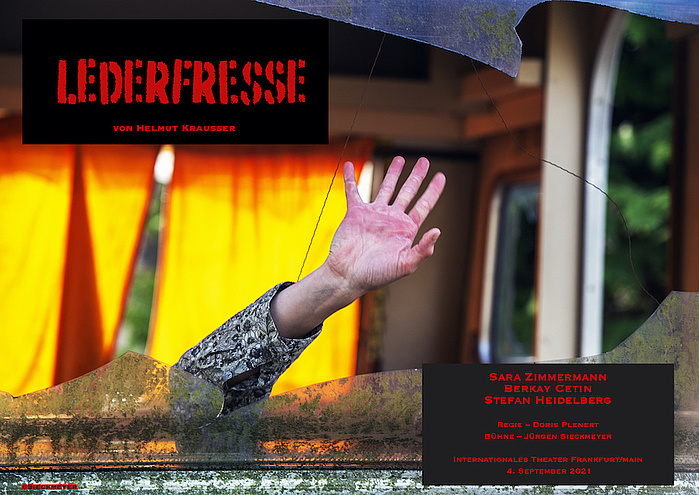