#empty restaurants: Many restaurants will be closed for the restart on Friday
from FFM Aktuell 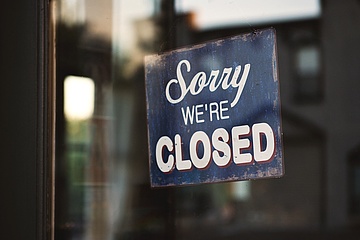 In fact, restaurants and bars in Hesse will be allowed to reopen from Friday, May 15th. Actually! In Frankfurt however numerous enterprises will remain further closed, since an opening is not economically profitable due to the defaults decided by the country. Madjid Djamegari, Chairman of the Initiative Gastronomie Frankfurt e. V. (IGF), is not really happy about the new relaxation, which only sounds good on paper, but is not feasible in reality for those affected: "With the current regulations for the reopening of gastronomy in Hesse, politicians are squandering the opportunity to give gastronomy an economically viable restart with a viable concept," says Djamegari. The IGF is therefore calling for the #empty restaurants campaign on Friday, in which many Frankfurt businesses will not open their restaurant at least on this day out of solidarity.

"The complex but sensible hygiene measures, the training of the employees with regard to the Corona rules of conduct and the distance rules are not the problem", says Madjid Djamegari, and adds further: "The economic perspective for a new start is missing, especially due to the 'x>Ampersand</x>sbquo;5 sqm rule', the lack of binding perspectives and the still undecided but urgently needed rescue package for the industry".

The '5sqm rule', which only exists in Hesse, is a limit on the number of people allowed in a restaurant, irrespective of the applicable distance rules. The IGF gives a few examples of this rule, which are intended to illustrate why it is a great nuisance for restaurateurs: For example, a restaurant with a 100 square metre dining area may only serve 20 guests at a time. In "normal" times, many landlords can accommodate 70 to 80 people in this area, depending on the seating concept. Another example: If, in a restaurant with a guest area of 100 square metres, two households of two adults and two children each sit together at a table, which is currently permitted, the table for these eight people occupies an area of approximately 10 square metres. The remaining 90 square metres should then be used to serve only twelve people.

"This rule is arbitrary and nonsensical," emphasises Madjid Djamegari, "it particularly disadvantages the many small businesses, bars, pubs and cider taverns. Yet it is precisely these businesses, which are run with a lot of passion, that are particularly worthy of protection. Djamegari is disappointed with the state government: "Minister of Economics Tarek Al-Wazir is said to have vehemently insisted on this rule. Why Hesse is the only federal state with such a regulation is not explained anywhere; the Minister of Economics also owes a scientific explanation". An urgent application against this rule is currently being considered.

"We urgently advise our member companies to review their economic calculation", says Matthias Martinsohn, member of the board of the IGF. "Every entrepreneur must be aware that an economically viable restart based on these rules is the exception rather than the rule for the businesses. In most cases, the loss will be higher when farms are opened than when they remain closed". In the end, the costs remained at 100%. Rents that were previously deferred would become due again and the personnel, 95 percent of whom are currently on short-time work, would have to be paid their full salaries again.

"The costs of running restaurants are often underestimated", says James Ardinast, IGF board member, and adds: "The break-even point is reached from a capacity utilization of about 80 percent; in some restaurants the threshold is even higher due to the high fixed costs". The rules that have now been laid down allow a maximum occupancy rate of 30 to 40 percent, mind you, with double occupancy in the evening. "If this is possible at all, because many guests are still anxious, demand will start slowly at first", Ardinast estimates the situation.

What particularly annoys the IGF's restaurateurs is the fact that the headlines suggest to the guests that things are now looking up for the gastronomy. But this is far from being the case: "Many guests only read the headline, namely that the gastronomy is allowed to open again. They don't get the small print, i.e. the conditions of the restart," says Madjid Djamegari. The government in Wiesbaden has deliberately left the restaurateurs feeling abandoned. Even if the possibility of reopening the gastronomy could be seen as a positive sign, the reality is quite different: "There are still no prospects in this industry. The wave of insolvencies will be unstoppable if politicians cannot quickly come up with practical solutions and financial aid. In Baden-Württemberg, concrete proposals are already being publicly discussed. Other states are also already much further along in their deliberations in this regard. Why this is not possible in Hesse is not clear to us.

The political direction is completely incomprehensible. "Driving on sight was certainly right in the first few weeks, but now we need a timetable for the future," says Ardinast. "Our employees, who for two months now have had to get by on 60 percent of their net income, rightly demand information on how to proceed." Also for clubs and discotheques that remain closed, the IGF demands a binding timetable.

And so the industry will stand together again next Friday and after #leerestühle, #restartgastro and #gekommenumbleiben the next action, #leerelokale to life. "The future of the gastronomy and its 2.4 million employees is close to my heart", says Goran Petreski, member of the board of the IGF and operator of the restaurants Blaues Wasser and VaiVai. "The state government in Hesse will fail in its obvious attempt to torpedo solidarity within the industry with these regulations". Also in his companies the stoves remain cold on Friday.

These are the concrete demands of the IGF:

1. abolition of the 5 sqm rule. Discussion of a reasonable limitation of the number of guests by means of distance rules

2. rescue fund for the industry. NOW!

3. binding timetable for the next opening steps in the gastronomy! Local status check on the basis of the rule <50 new infections per 100,000 inhabitants

4. solution approaches in the discussion about the participation of the landlords in the damage caused

6. Proportionate renunciation of rent where the municipality/country acts as landlord

7. Remission of the special usage fee for summer terraces in 2020 at the local level 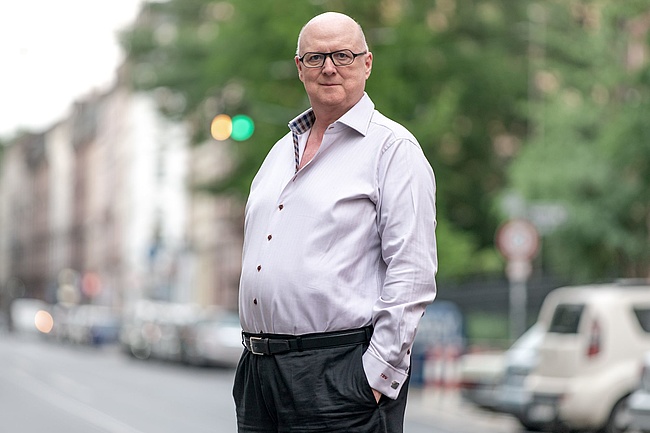 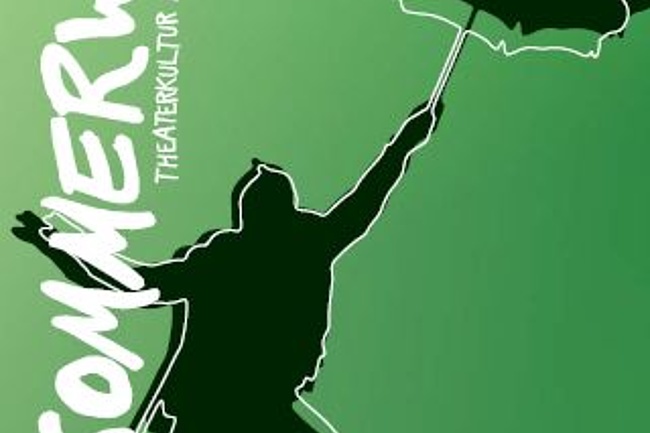 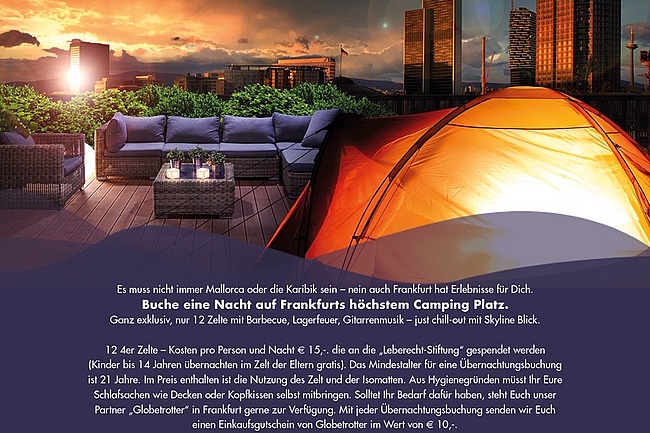 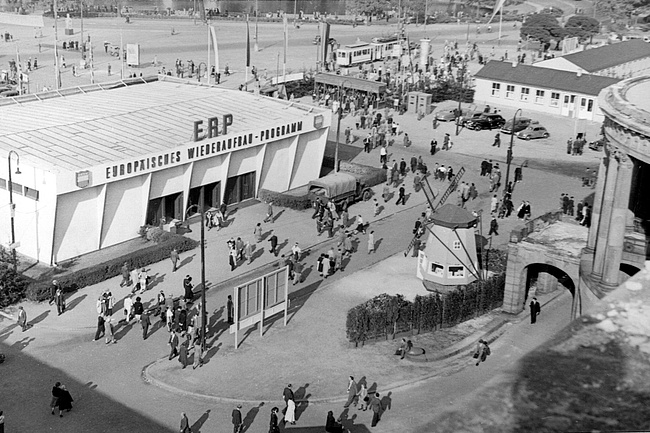 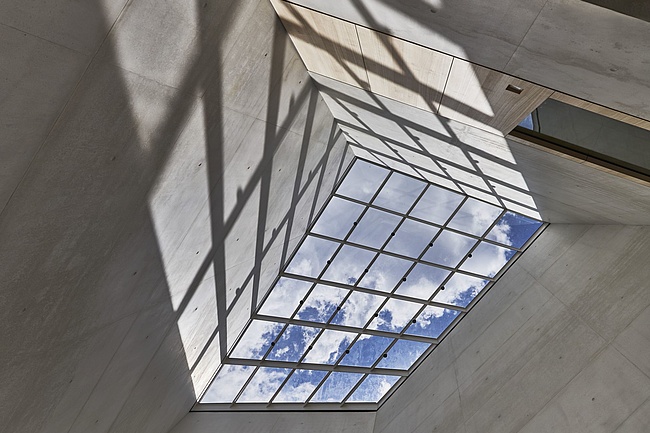 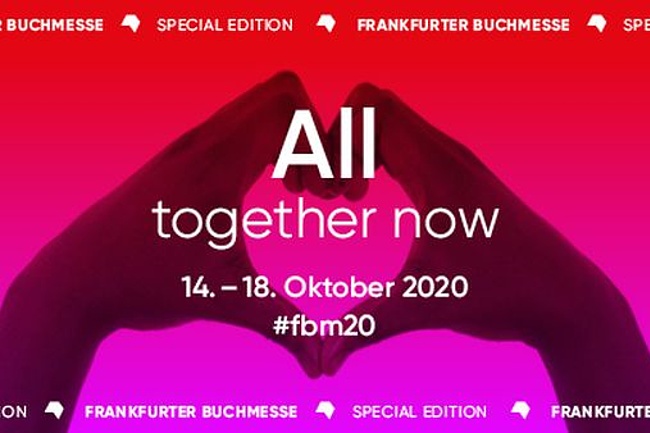