#lightwindow - A candle for the Corona dead
from FFM Aktuell 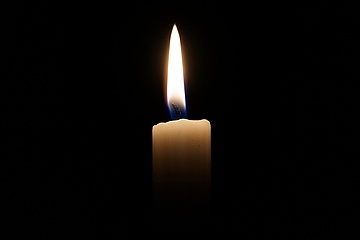 In Germany, nearly 80,000 people have died from or with a confirmed infection with Sars-CoV-2 in recent months. They will all be remembered on Sunday, April 18, at a central memorial service for the victims of the Corona pandemic in Berlin. Many in Frankfurt also want to remember the dead. Mayor Peter Feldmann, Mayor Uwe Becker and Head of Health Stefan Majer have therefore issued a joint appeal to participate in the "#lichtfenster" campaign by German President Frank-Walter Steinmeier and to place a candle in the window on the evening of April 18 - as a silent remembrance of the almost 700 Frankfurt residents who have lost their lives to the pandemic so far.

The call in the wording:

almost 80.000 people have died so far in Germany alone as a result of corona disease. Worldwide, we will soon have to mourn the three millionth corona death. In our hometown of Frankfurt, the virus has claimed the lives of 685 people to date.

The scale of the pandemic is staggering. It has crept into the lives of all of us. Powerless, we have watched as friends, acquaintances or members of our family have fallen victim to it. It hurts just as much that we often could not say goodbye.

The more important it is to show that the deceased are not forgotten. On the initiative of our Federal President Frank-Walter Steinmeier, Germany commemorates the Corona victims on April 18. In Frankfurt, too, numerous initiatives have called for commemoration, which we expressly welcome.

But even in small ways, each of us can do something to preserve an honorable memory of the dead. That is why we ask you to place a candle in your window after dark on 18 April and join us in pausing for a moment.

Silence and light - on the one hand, this stands for mourning for the victims and, on the other, for hope through the vaccination campaign. And even if we have to keep our distance because of the pandemic, cannot gather in squares or in places of worship to mourn together, we can still be close to each other for a moment in this way.

Join us. Let's make a mark together. And let's look forward together. Every infection we prevent now and every vaccination are pieces of the mosaic for the post-pandemic era."