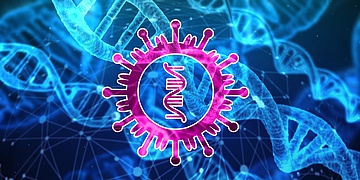 In close consultation with the Frankfurt health authorities, Messe Frankfurt has decided to cancel Luminale 2020 at short notice. It was due to take place in Frankfurt and Offenbach from today, Thursday 12 to Saturday 15 March.

Due to the current requirements of the health authorities to ban large events with more than 1000 participants, Messe Frankfurt, as the organiser of Luminale, has decided at short notice to cancel the light festival.

The volatile situation and the dynamic spread of SARS-CoV-2 in conjunction with the Robert Koch Institute's recommendation that even events with significantly fewer than 1000 participants should be viewed critically led to this new assessment. The organizers regret this short-term decision extremely, but out of responsibility for the health of the participants and visitors, no other decision was possible, it is said from the official side.

Already at the end of February, due to the rising number of Corona infections, the Light + Building trade fair - the most important international industry meeting for architects, industry, crafts, trade and planners - had been postponed to September. However, Luminale, which is held in parallel every two years, was still scheduled to take place from 12 to 15 March as originally planned, but has now also been officially cancelled.

The Luminale was launched in 2002 by Messe Frankfurt, which has since extensively promoted and supported the festival. It takes place every two years and, with around 200,000 visitors, is now one of the largest events in Frankfurt and the Rhine-Main region.

you can find more information HERE.