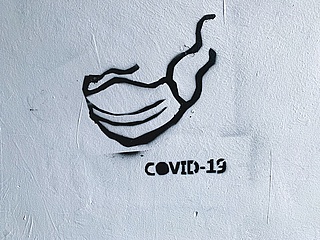 It was no great surprise that was announced last Wednesday: The wave of infections had broken, but unfortunately was far from subsiding. And since the infection figures are still at far too high a level, the so-called "lockdown light" will be extended - and in some respects also tightened from 01 December.

"The situation is very serious, we have many more deaths to record than in the spring. That is why, above all, we must continue to restrict contacts and extend the measures in place so that the number of new infections falls," said Hesse's Minister President Volker Bouffier. And he continued, "We are aware that these are considerable cuts that hurt a lot, especially in the run-up to Christmas, but these steps are necessary. Anything else would be irresponsible." And Economics Minister Tarek Al-Wazir also appealed to all Hessians after the digital meeting of the Corona Cabinet: "Continue to join in so that the infection figures fall."

"All of this, however, always depends on people remaining convinced of the measures and supporting them. Only then will the infection figures fall," Bouffier clarified.

The new regulation will apply from December 1 to (for the time being) December 20, as the Infection Protection Act requires regulations to be limited in principle for four weeks. Cabinet approved the following changes:

Contacts in public areas will be limited to 5 people from two households. Associated children under 14 are exempt.

As homes are a particularly protected and private area, there is no official restriction here, but a strong recommendation to limit contacts in the same way here too.

Mouth-to-nose coverings are to be worn in enclosed spaces that are accessible to the public or as part of a visitor or customer traffic. This also applies in public transport and at bus stops. The same applies to places in city centres with a lot of public traffic. This is determined by the locally responsible authorities. Mouth-nose protection must be worn in workplaces and workplaces. This does not apply in places where the distance of 1.5 metres can be safely maintained.

In the Quarantine Ordinance, an exemption has been included with respect to persons transporting goods or merchandise by ship, air, rail or road. In addition, bans on entering daycare centers and schools have been lifted when family members are quarantined as contacts only.

Federal and state governments also agreed on the following points in yesterday's conference:

During the period from December 23 to January 1, the contact restrictions are to be adjusted: Then 10 people, without a household limit, will be allowed to meet. Associated children under the age of 14 will not count. This measure will be decided in the course of December by means of a new regulation, as the Infection Protection Act stipulates that regulations should generally be limited to four weeks.

With New Year's Eve in mind, it is planned to regulate in the course of December that firecrackers will remain permitted in private circles. In public places and in busy streets, this is to be prohibited.

The talks with the federal government have confirmed the Hessian way with regard to schools. Here, the health offices and school offices decide on the spot to fit. From an incidence of 200, further measures are to be taken. However, there is no automatism. Rather, it must be decided locally which rules are most effective in each case. The Hessian state government advocates face-to-face teaching, because this ensures that all children are taken along. Of course, however, a model of alternating instruction can also be established locally if the situation requires it.

From an incidence of more than 50 new infections per 100,000 inhabitants, the obligation to wear a mouth-nose covering also applies in classes in secondary schools from grade 7. This may be introduced in primary schools and grades 5 and 6.

We will keep you updated on any further developments.