Message from Lord Mayor Feldmann: An appeal to the reason of all Frankfurters
from FFM Aktuell 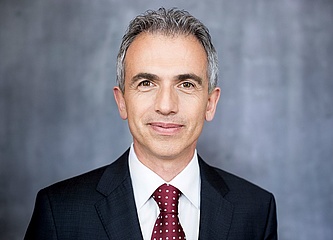 (ffm) In a video message on Tuesday, March 17, Mayor Peter Feldmann addressed the people of Frankfurt directly for the first time since the corona virus outbreak. "Dear Frankfurters, all of us together are facing a major new challenge. Together, we will act calmly, calmly and clearly, slowing down the spread of the corona virus and above all protecting the elderly and the weaker members of society," said the Mayor. </The measures taken by the federal, state and local authorities are without doubt a major but indispensable break for everyone, drastically changing their lives. But: "The situation is serious, but at the same time the state authorities have it under control. In the administrative staff of the City of Frankfurt, too, all the relevant players are deciding and acting together," the head of the city urged prudence and called for trust in the decisions of the state institutions. "My appeal to all of you is: follow the government's guidelines," emphasized Feldmann. Because only by joining forces can we fight and control the virus, which is particularly dangerous for older people. The main aim of the combined measures, he said, was not to overburden the healthcare system and thus to guarantee optimal healthcare for everyone who needed it. </My thanks go to all the people who are involved in maintaining the care, safety and health of the people of Frankfurt," said Feldmann. In addition to doctors, nursing staff and security officers, the city leader explicitly thanked all those who work in the retail trade and who ensure that the supply of food and hygiene articles is maintained on a daily basis. "I appeal to your common sense and ask you to refrain from hamster purchases and to stop personal contacts with your fellow human beings as far as possible in the coming weeks. Only in this way can we together defeat this invisible but sometimes deadly enemy", said Feldmann. After all, it is a task for society as a whole to take care of those people who are particularly vulnerable. </At the same time, the Lord Mayor demanded that politicians join forces to stabilize the local economy in all areas. To this end, the Federal Government and the State of Hesse have initiated extensive measures. "I am also calling for a 10 billion euro programme from the State of Hesse to stabilise our infrastructure, which will reach all those who depend on it for their livelihoods quickly, unbureaucratically and effectively," said Feldmann. After all, it was a central task of politics to protect not only the economy but also the lives of the population. In view of this challenge, money plays a subordinate role. </p>

"In these times we realize what really counts: Community spirit, responsibility, standing up for each other. It's often supposedly small things that turn into big things when many do them: shopping for our elderly or sick fellow citizens, a donation for the food bank for people in need, a call to people who are not doing so well and the respect for the retail saleswoman and the support of our emergency services. Anyone who has taken these principles to heart has achieved a great deal in the current situation and is helping to make the time of anxious hope as short as possible", Feldmann asked the population for active assistance.