New addition to the Schwarzenstein castle: MÜLLERS at the castle by Nelson Müller
from FFM Aktuell 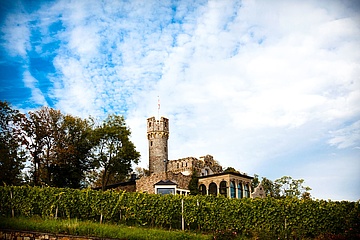 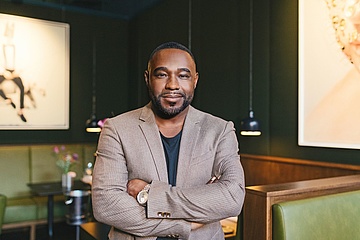 Burg Schwarzenstein may be pleased about a prominent new addition: Nelson Müller will open the new Brasserie in the Relais & Ch&acirc;teaux Hotel Burg Schwarzenstein here on 10 June 2020. Until a few weeks ago, the two-star chef Nils Henkel had provided culinary delights at Burg Schwarzenstein in Geisenheim-Johannisberg near Frankfurt am Main. After the separation of Henkel and his nature-orientated cuisine (we reported HERE about it) Stephanie and Michael Teigelkamp were looking for a new concept: "Modern, yet stylish and open to a new zeitgeist." They were looking for a new concept. That's how it should be - and in the chef and gastronomer Nelson Müller, known from numerous TV formats, the perfect candidate was quickly found. "Nelson Müller is an unbelievably valuable contemporary in human terms and simply a great chef in terms of expertise," says Michael Teigelkamp.

The idea of a further location for Nelson Müller's "Müllers auf der Rü" was born very quickly and together they worked on the concept "MÜLLERS auf der Burg". The unique location of the Relais & Chateaux estate in the direct vicinity of the centuries-old wine-growing area around Johannisberg immediately inspired the star chef from Essen. No wonder, as Schwarzenstein Castle captivates with its very special atmosphere, where guests can now enjoy Nelson Müller's cuisine from 10 June onwards.

A glance at the menu is more than promising in this respect: The menu offers traditional French specialities - such as a gratinated onion soup, a bouillabaisse or the Breton turbot with Norway lobster jus - as well as popular classics of brasserie cuisine such as a veal curry sausage with Belgian fries, a fillet of beef Rossini or a tender Osso Bucco with Gremolata. The Oyster Bar offers freshly caught lobsters and Gillardeau oysters, the latter served in the classic style with red wine vinaigrette and Chester bread.</In contrast to the castle restaurant, which concentrates on German and Rheingau wines, the wine selection of the new brasserie is more international - French and Italian grape varieties and also the well-known Nelson Müller wines: <a href="http://www.burg-schwarzenstein.de" target="_blank" rel="noopener">www.burg-schwarzenstein.de