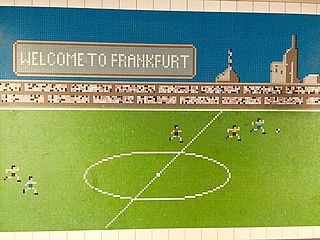 Striker with experience and a penchant for goals comes to Frankfurt!

Prominent new acquisition for Fußball-Bundesligist Eintracht Frankfurt. The table seventh of the preseason can count on the services of striker Bas Dost in the future. The 30-year-old Dutchman comes to the Main from Portuguese top club Sporting Lisbon and signs a three-year contract until June 30, 2022. Especially in Portugal, Dost impressed with an outstanding scoring rate of 76 goals in 84 league games. In the 2016/17 season, Dost was the top scorer in the Portuguese Primeira Liga with 34 goals.

"For us, after the departure of S&eacute;bastien Haller, it was important to find an adequate replacement, who at best even already has great experience and is able to help right away," said sporting director Fredi Bobic. "Bas meets this format and knows the Bundesliga. He is an important building block in our squad with his stature and accuracy. His scoring rate is very strong and of course we would like him to be as goal-threatening for us."

In the Bundesliga, Dost was active for VfL Wolfsburg between 2012 and 2016. For the Lower Saxons, the 1.96-meter attacker marked 36 goals in 85 Bundesliga games. On 14 February 2015, Dost achieved the feat of scoring four goals in VfL's 5-4 away win at Leverkusen. In Frankfurt, Dost will be given the shirt number 9.