New construction of the Hafenbahn bridge: tram lines 11 and 12 interrupted
from FFM Aktuell 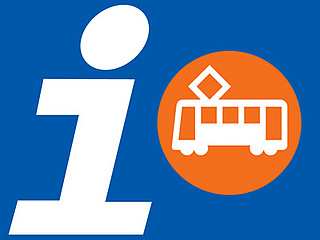 (ffm) Since April, the middle section of the Hafenbahn bridge, where the tram tracks run, has been under reconstruction. Parallel to bridge construction work by the Office of Road Construction and Development (ASE), VGF is renewing its tracks located in the construction area. The work of the VGF will be completed as planned at the end of the week, until then a rail replacement service (SEV) with buses connects the section of the lines 11 and 12, which is interrupted due to the work, and thus the stops Daimlerstraße and Hugo-Junkers-Straße.

However, the trams of lines 11 and 12 will still not be able to run as usual on the weekend, 16 and 17 June, as so-called construction points have to be removed in the construction section. For this reason, the trams of line 11 will run on the regular route coming from Höchst to the Riederhöfe stop on the weekend. From here, they will be diverted via Eissporthalle, Wittelsbacherallee and Zoo and, from the Allerheiligentor stop, will travel back through the old town and via Mainzer Landstraße to Höchst. As work is also being carried out on the tracks in Niederrad, Line 12 will run on both days coming from Oberforsthaus through Frankfurt city centre and Bornheim on the usual route, but from Eisporthalle via Riederhöfe, Osthafenplatz, Zoo, Wittelsbacherallee and Bornheim Mitte back towards Oberforsthaus.

A joint rail replacement service (SEV) with buses runs between the Riederhöfe stop (where it is possible to change to either tram line), Hugo-Junkers-Straße and Schießhüttenstraße in Fechenheim.