New perspectives for multifunctional arena at Kaiserleikreisel
from FFM Aktuell 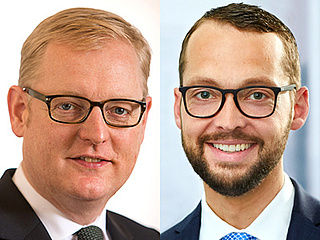 The planned multifunctional arena at Kaiserlei is not without controversy. In addition to numerous supporters, there is also strong opposition to the project. Whether the arena will come, is still not quite sure. But the planning has already made good progress. The aim of the project, for which a Europe-wide invitation to tender for an investor selection process was launched by the city of Frankfurt am Main in December 2015, was not only to realise an urban development cooperation project with the neighbouring city of Offenbach, but also to offer Frankfurt's two professional basketball and ice hockey clubs, the FRAPORT Skyliners and the Löwen Frankfurt, a new modern venue that would open up economic prospects for them in addition to their sporting activities.

In this tender process, two internationally successful investors were found. The applicants had to prove their personal situation, economic and financial capacity as well as their technical capability for the planning, construction, operation and financing of such a hall by means of three reference projects from the last ten years. In a series of meetings attended by representatives of both cities, the concepts submitted by the investors in the form of indicative bids were carefully evaluated, professionally assessed and thoroughly discussed. After submission of the revised offers, further bidder discussions were held on Tuesday, August 1, in which open questions were addressed and comments were made. In the course of the demanding tendering procedure, both interested parties presented themselves as highly competent bidders, each of whom had submitted conclusive concepts. While the concept of the bidder LANGANO Verwaltungsgesellschaft mbH und Co. had closely adhered to the tender for a multi-functional arena, the concept of the competitor AEG Anschütz included potential for a more comprehensive urban development of the entire site.

No final decision is yet in sight, as a final clarification of essential points is also still pending in the bid of LANGANO. The cities involved, Frankfurt am Main represented by Jan Schneider, head of the real estate department, and Markus Frank, head of the sports department, and Offenbach represented by Peter Freier, treasurer, have therefore decided to continue talks with LANGANO for the time being. LANGANO receives first for the realization of the project of the multi-functional arena "the status as first interlocutor", an award decision is not fallen thereby however yet. The realisation of a multi-functional arena at the Kaiserleikreisel site is a complex project involving many challenges, as the intensive discussions to date have shown. Questions of urban development and planning law, traffic development, availability of land while at the same time guaranteeing conditions suitable for the club are tasks that are not easy to reconcile in principle and especially at the Kaiserleikreisel site. By mid-September it should be clarified and decided whether LANGANO should be entrusted with the further planning and project implementation.