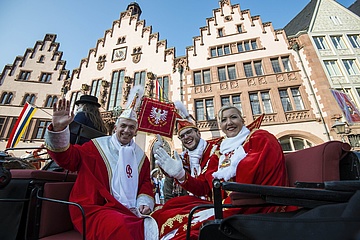 (kus) The New Year's reception for the Grand Council of Frankfurt's carnival clubs and their club delegations at Mayor Feldmann's has a long tradition.

In a rhymed speech, the head of the city thanked the members of the associations and praised "the many good spirits of the associations" for their work. With this year's motto "Frankfurts Fastnacht ist&acute;s die gefällt, Spaß und Tanz im Narrenzelt" and the greeting "Frankfurt Helau" his speech ended.

As a highlight, the coveted carnival medals were awarded to deserving members of the individual carnival associations: 31 Golden "Frankfurter Adler "and "15 Roman shields to the Frankfurt Golden Eagle ". 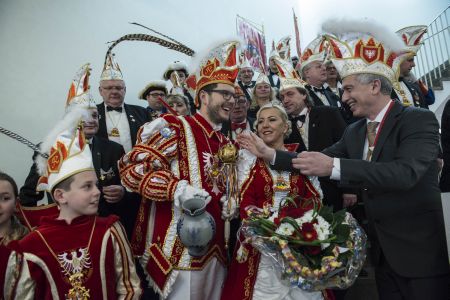