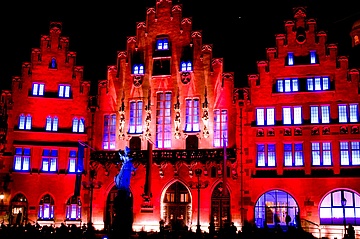 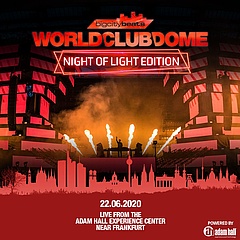 For months, major events have been held, if at all, only in digital form or in drive-in cinemas. That there will once again be "real" live concerts, festivals, parties, comedy shows or the like, this hope is finally buried at the latest with the announcement that large events will remain banned until at least the end of October. This affects a huge sector of the economy, which has been deprived of its working basis practically overnight. And the reality is, unfortunately, that a wave of bankruptcies of enormous proportions is looming here: with serious consequences not only for the job market, but also for cultural diversity in our country.

The action "Night of Light" unites market participants from all areas of the event industry to set an imposing sign in a concerted action for an industry threatened with extinction and to call for a dialogue with politics on how solutions and ways out of the dramatic situation can be developed. For this purpose, on the night of 22.06.2020 to 23.06.2020 participants will illuminate event locations, venues, buildings and structures with red light in more than 250 cities nationwide: many luminous memorials that arrange themselves into a massive light monument. It is intended to be a flaming wake-up call to politicians, which will also be joined by numerous participants from Frankfurt. For example, the Städtische Bühnen, the Batschkapp, the Caricatura Museum, the Jahrhunderthalle, the Club Das Bett, the Literaturhaus, the Theater Alte Brücke, the Museum Angewandte Kunst, the Union Halle or even the Festhalle will participate in the action.

An entire industry is threatened with extinction!

Benjamin Coppik, managing director of Frankfurt-based AES Konzept GmbH, which designs security concepts for major events, sums it up aptly: "First In, Last Out - the event industry was the first to be affected by the COVID-19 event ban and is the industry that will also be the last to be let out of the crisis."This is the reason why for Tom Koperek, the initiator of the "Night of Light" campaign and board member of the LK-AG Essen, the entire event industry is on the red list of dying industries: "The event industry will not survive the next 100 days! The current conditions and restrictions make the economic realisation of events virtually impossible." This affects not only the organizers, but also venues as well as suppliers and service providers of all types and sizes: technology companies, stage and booth builders, outfitters, caterers, logisticians to artists to the individual entrepreneur who contributes content, script, direction or floral decoration to events. "Rien ne va plus - nothing works anymore!", is Koperek's gloomy conclusion about the plight of a heterogeneous industry that combines more than 150 different trades and special disciplines and therefore has no unified lobby. This makes it all the more important to ensure greater awareness by politicians and the public.

After all, the events industry is the sixth largest industry in Germany. Around 1.5 million people are employed here and almost 130 billion euros are directly turned over. If you add the cultural and creative industries with their event-related sub-sectors and supplier markets, more than three hundred thousand companies in over 150 disciplines employ more than 3 million people and generate an annual turnover of over 200 billion euros!

No wonder, then, that several thousand participants have already signed up for the campaign - companies from a wide range of event industry sectors - across Germany. Among them is Frankfurt's Bernd Breiter, CEO of BigCityBeats and creator of the WORLD CLUB DOME. Together with BigCityBeats, he will support the event as official streaming partner and virtual event! The WORLD CLUB DOME will be broadcasting a special edition live from the unique headquarters of event tech specialists the Adam Hall Group to draw attention to the "Night of Light". On 22 June from 22:00 to 01:00, the message will thus reach millions of people around the world - in the hope that this wake-up call will reach politicians in time to shake them awake!

"For many service providers, there will be no survival on the market. They are threatened with merciless extinction," said Breiter. "With this appeal we turn to the politicians to finally wake up." BigCityBeats is one of the largest event agencies in Germany, with around 400,000 guests per year. They already wrote music history with the first DJ set from space from the ISS and celebrate events on three continents of the earth. "We knew that we would start with the BigCityBeats WORLD CLUB DOME Winter Edition in January as the first major event of the year - but we didn't know that we would be one of the last at the same time," says Bernd Breiter. "The last event before the Corona crisis: ok! But please not the last one at all!"

To strengthen the signal effect to the government, Bernd Breiter and his team have worked out a unique event concept: International high-class DJs from different areas of electronic music play on three floors in the Experience Center at the event technology manufacturer Adam Hall. The Adam Hall Group, which has already equipped the Zero Gravity plane for BigCityBeats, with which 50 VIPs flew into weightlessness, is one of the global players in event technology. "We all need to stand together in solidarity during this very difficult time. That's why, even as a pure technology manufacturer, we support the Night of Light and are very grateful that creatives like Bernd carry the message forward in their own way and thus unmistakably symbolise this serious situation," says CEO of Adam Hall, Alexander Pietschmann.

The company's headquarters north of Frankfurt will become the virtual BigCityBeats WORLD CLUB DOME Night of Light Edition on 22 June. Outdoor on the roof: finest techno - indoor: superstars of EDM sound to hip hop. Once again, BigCityBeats brings all music genres under (and on) one roof. The DJ sets will be streamed live on all BigCityBeats social media channels, on the official website www.night-of-light.de and on various partner channels. This will be accompanied by live streaming of the red-lit memorials from all over Germany. All viewers of the stream are also invited to post pictures and videos from their cities via the WhatsApp number +49 152 06349488 and under the hashtag #nightoflight2020.

The colour red, which is used collectively for this action, is meant to express the following:

- The events industry is on the "red list" of dying industries

- Red alert - a billion-dollar market and hundreds of thousands of jobs are at risk!

.- We make a blazing appeal to the public

- The colour red represents passion for our profession / occupation - "We are on fire for what we do!".