No Winter Lights at the Palmengarten this year
from FFM Aktuell 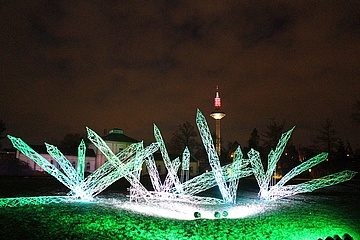 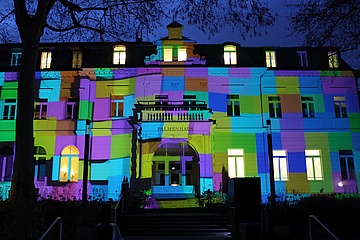 By now we should be used to the cancellation of much-loved events. And yet it always hurts to hear such news. After the Palmengarten already had to cancel the popular Rose Exhibition and the Festival of Lights in the summer, it has now been announced that this year's Winter Lights, which were to take place from December 5 to January 20, 2021, will also fall victim to the Corona pandemic.

The cancellation was not certain, as the Winter Lights take place almost exclusively outdoors. This is also confirmed by Rosemarie Heilig, the department head responsible for the Palmengarten: "We had hoped until the very end to be able to hold the Winter Lights, to offer the people of Frankfurt a ray of hope in the truest sense of the word in these hard times." But unfortunately, this will not come to pass: "In view of the continuing high number of cases, however, it would be devoid of all common sense to invite people to such an event - even if, like the Winter Lights, it takes place outdoors. The top priority now is to take no risks whatsoever for any contagions."

Along with various other institutions and recreational facilities, the Palm Garden is temporarily closed until the end of November to contain the spread of the corona virus. With this decision, the administrative staff of the city of Frankfurt am Main follows the decision of the Chancellor and the heads of government of the states and the resulting regulations of the state of Hesse.

In the end, all that really remains is to hope that next winter we will again be able to enjoy the wonderful installations in the Palmengarten, which give this wonderful place such a special atmosphere during the dark season.