Now it's certain: This is how the Goetheturm is coming back
from FFM Aktuell 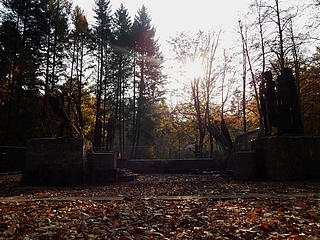 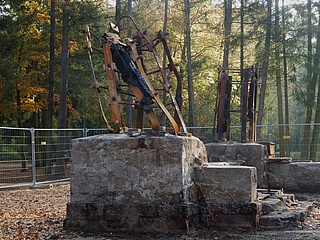 When the <link https: www.frankfurt-tipp.de ffm-aktuell s ugc traurige-nachricht-der-goetheturm-ist-abgebrannt.html _blank>Goetheturm burned down around three weeks ago in the early hours of October 12, it hit many Frankfurt residents right in the heart. After all, many people associate the 43-meter-high wooden tower with many very personal stories. The first kiss, the marriage proposal - or simply that special feeling when you were rewarded with the great view of Frankfurt after climbing the steps. That's why it was quickly decided <link https: www.frankfurt-tipp.de ffm-aktuell s ugc der-goetheturm-wird-schnell-wieder-aufgebaut.html _blank>that the tower should be rebuilt. The donation account set up for this purpose has so far brought in around 75,000 euros. But it was also clear to city officials that they wanted to involve citizens directly in the decision-making process about the future of the Goethe Tower.

And so an online survey was conducted for two weeks, allowing participants to decide whether they wanted the tower to be rebuilt in its original form or a redesigned, more modern version. Today, City Councillor Rosemarie Heilig and City Councillor Jan Schneider are presenting the results of the survey in front of the remains of the tower. And the results could hardly have been clearer. Of all 47,000 participants, 36,688 - and thus 78% - were in favour of rebuilding the tower in its original form. Heilig emphasized that the citizens' vote was taken very seriously. The lively participation, the many telephone calls or comments in the social networks and not least the enormous media interest again today showed that the decision to rebuild was just as correct as the involvement of the people of Frankfurt, for whom this was a very emotional topic.

Naturally, everyone now wishes that the rebuilding will proceed as quickly as possible. But if the reopening could take place in spring/summer 2019, that would already be a very ambitious schedule. Also the costs are not yet completely foreseeable, will probably be in the range of 1 - 1.5 million euros. This will not be completely covered by the insurance sum, but Heilig and Schneider are sure that the financing can be managed. It is also certain that for all the efforts to build the tower as true to the original as possible, a few changes will be unavoidable. "We have the ambition to improve the tower constructively in some places," Schneider said. However, he also made it clear that there will be no technical innovations such as elevators or the like. Just the way most Frankfurt residents want it.