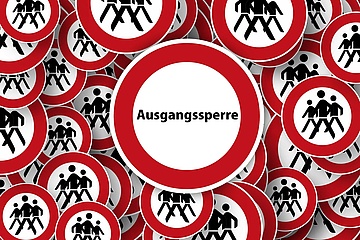 Infection figures in Hesse are rising and rising. In Offenbach, for example, the incidence is currently 244.1. Therefore, Frankfurt's direct neighbor is already introducing a curfew between 9 p.m. and 5 a.m. on Tuesday night. This is initially to apply until April 18. Also in the direct neighborhood of Frankfurt is the district of Gross-Gerau. Here, too, the incidence has been skyrocketing for days, so the district has decided to preventively ab dem 01. April to introduce a night curfew (also from 9pm - 5am). In addition, in the cities and towns of the district, the KITAs will remain closed after Easter for the time being, with emergency care being set up for parents in system-relevant professions.

In Frankfurt, the infection figures are also rising significantly. However, the incidence is still relatively well below that of Offenbach or the district of Groß-Gerau. Therefore, it can be assumed that in Frankfurt, at least in the next few days, no further tightening of the regulations, which have been in force since today (29.03.), is to be expected. However, many people who work in Frankfurt will be affected by the tightening - such as the KITA closures. We will, of course, continue to keep you updated on any changes or tightening in Frankfurt and the surrounding area.

Update from 01.04.2021: More and more counties are pulling the emergency brakes. Nighttime curfews are now in effect in Hersfeld-Rotenburg County, Lahn-Dill County, County Limburg-Weilburg and in Landkreis Gießen.