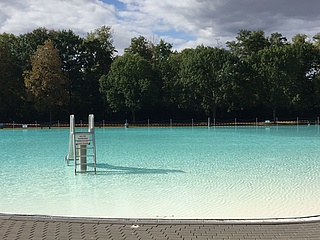 Yesterday it was already rumored, now it's official: After other federal states, the Hessian state government is now also clearing the way for further relaxations - in the hope that people will handle these freedoms responsibly and still exercise the necessary caution with all relaxations. Even though the number of infections is gratifyingly low, the pandemic is not yet over. Therefore, said Prime Minister Volker Bouffier, it is still necessary to implement relaxations step by step and not to reopen everything at once.

These are the new relaxations in detail:

Contact Restrictions: As of June 11, not just people from two households are allowed to meet, but up to 10 people no matter how many households.

Swimming pools, bathing lakes, saunas: These can reopen from Monday, June 15. A hygiene concept has been worked out for this. The final decision to open is up to the operators. So it may be that certain swimming pools, saunas or bathing lakes already reopen next week, but it may also be that others still need some time to implement the hygiene requirements.

Primary schools: From 22 June, the primary schools will be reopened for all children. The distance requirement will be lifted there. The more important it is then, of course, that the other rules are consistently observed.

KITAS: From July 6, Kitas are open again for all children. This also means that emergency care will then come to an end. If possible, the Kitas should return to normal operation at this time.

Amateur sports: Also here contact sports are possible again (with up to 10 people). Then also again competitions can be accomplished.

Mouth and nose protection obligation: This remains. In airports and train stations, this is now also extended to the entire interior of train stations and terminals.

Religious events: Here it applies from now on that attendance lists must be kept, which was previously voluntary. Other measures must also be taken to prevent incidents such as the outbreak of infection caused by a church service in a Baptist congregation in Frankfurt.