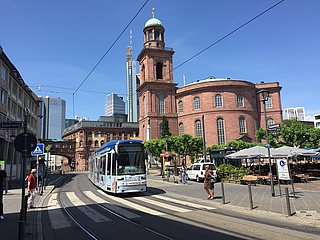 2023 it will be 175 years ago that the German National Assembly met for the first time in the Paulskirche - the first all-German parliament. This special anniversary will be celebrated with an extensive program of festivities, the highlight of which is to be the four-day Paulskirchenfest from May 18 to 21, 2023. The first details of the celebrations have now been announced, during which Frankfurt's city center will be dominated by the beginnings of German democracy. The event area covers the area between the cathedral, the Jewish Museum, the Main River and the Romantic Museum. Two stages are to be located on the Römerberg and on the banks of the Main, which will feature performances in cooperation with the Frankfurt Opera and the Brothers Grimm Festival, among others. Also planned are special exhibitions in numerous Frankfurt museums (Institute for Urban History, Historical Museum, Caricatura, Stoltze Museum, German Romantic Museum). Other program items will include cathedral concerts, political theater/cabaret, symposia and congresses, installations, and offerings for children and families.

On May 18, 2023, there will be a grand ceremony, which will then also be attended by German President Frank-Walter Steinmeier. Frankfurt's Lord Mayor Peter Feldmann once again underlined the significance of these special festivities: "The Paulskirchen anniversary will be a celebration of democracy - and we will not be celebrating behind closed doors, but in the streets and squares of our beautiful city. Unity and justice and freedom were an unattainable dream for generations of Germans. That we are a democracy today, that all Germans have equal rights, is not a matter of course. Our democracy is hard-won, and here, in our Paulskirche, the foundation stone was laid."

The connection between Paulskirche and our modern democracy is also to be expressed in the logo for the celebrations. On the sidelines of the press event on Tuesday, May 17, there was therefore a first look at the final variants of the winning design by Büro Schramm. The central element is a silhouette of St. Paul's Church, which merges into a speech bubble. "Without an open word, there is no democracy," Feldmann says. "St. Paul's Church was and is a place of discussion and controversy. Not everything said there is pleasing. Some is even an imposition. And I think it belongs that way."

Whoever wants to get in the mood for the big anniversary in 2023 already now can do so in the future on public tours around the topic of 1848/49. TCF will offer the new guided tour for the first time on Wednesday, May 18 - and thus exactly one year before the 175th anniversary of the National Assembly.

The route leads from Römerberg through the New Old Town with the Stoltze Monument and Braubachstrasse (Steinernes Haus) to St. Paul's Church. It is carried out twice a month, every 14 days on Wednesdays at 3 pm. Bookings can be made online at frankfurt-tourismus.de or at the Tourist Info Römer and Hauptbahnhof. For groups, the new city tour "Update Democracy. The revolution of 1848 on the track" can also be booked individually with a free choice of dates. 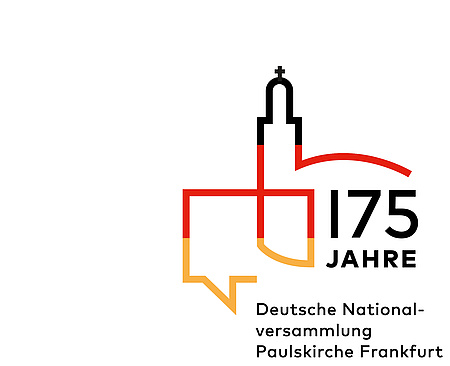