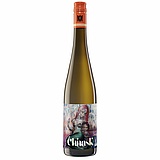 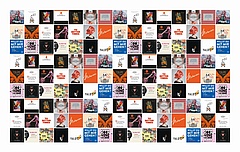 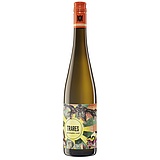 The Corona crisis has hit nearly every sector of the economy, culture and restaurant industry hard. While there is help from politicians, it is usually only enough, if at all, to alleviate the situation in the short term. And so fighting spirit, cohesion and creativity are needed to survive this crisis. And so some restaurateurs from Germany have joined forces and launched the project "[W]eine Familie".

The goal of this project is to show how familiar, creative and multifaceted the gastronomy scene is - which is absolutely the case especially in Frankfurt. On the other hand, "[W]eine Familie" is to give the loyal guest and fan the opportunity to support his restaurateur financially with the purchase of every single bottle of wine, directly and in a short way. Furthermore, there will be the possibility to give the restaurateur an additional 'tip'. In cooperation with a renowned winemaker, excellent wines will be sold via a web shop. The unique thing about this is that it was left to the restaurateur himself to design the label according to his taste. This has resulted in true works of art: Limited Editions with real added value for guest and fan.

For example, the Chinaski was able to inspire the internationally renowned street art duo HERAKUT for the project, Christopher Crell with his restaurant Trares engaged graffiti veteran Pino Caruso, Tim Mälzer contributes a chic label, designed by his graphics team M&M, NONOT STUDIO created the label for IMA Clique, who have already dusted off a Grammy in album covers with their knack for cool design.

For the realization of this great project, the idea creators Erik Wimmers (Ferdinand's Gin) and Julian Smith (Chinaski) were able to win over the renowned and multiple award-winning VDP winemaker Nik Weis as the idea creator. Many friends from the gastronomy were also quickly on board and so the Gastro Gang consisting of prominent chefs, mixologists of the year and world class winners, among others, will now become a big "[W]a family". All participants will have three wines each to choose from: Riesling, Pinot Blanc and Pinot Gris.

At www.weinefamilie.de all "family members" will present their freely designed wines. The distributor is Winefactory, which will offer the wines in its web shop at www.winefactory.de.