Spring Dippemess 2020 will be cancelled
from FFM Aktuell 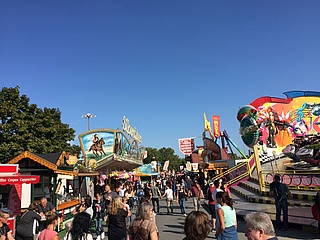 There has already been speculation, but now it is official: Even the popular Spring Dippemess - the flagship of Frankfurt's festivals and the start of the folk festival season - will not take place due to the current corona epidemic. This was announced today by Tourismuss+Congress GmbH Frankfurt.

The rapid spread of SARS-CoV-2 and the current requirements of the health authorities to no longer prohibit only large events prompted the organisers to cancel the original plan for the period from 02. 26. April and thus to ensure that the health of the up to 1,2 Millionen visitors is not unnecessarily endangered.

The Dippemess on the fairground at the Ratsweg is not only regarded as the leader of the folk festivals in the Rhine-Main region, but also celebrates its 675th birthday this year. This should be duly celebrated with a big ceremony. The fact that this traditional festival has to be cancelled, especially in its anniversary year, is painful for the organisers, the numerous showmen and women as well as for the people of Frankfurt, but in view of the current development and the increasing number of corona infections it is absolutely understandable. All that remains is for us to look forward to the Autumn Dippemess, if it can take place as planned - and which we can all hopefully visit in good health.