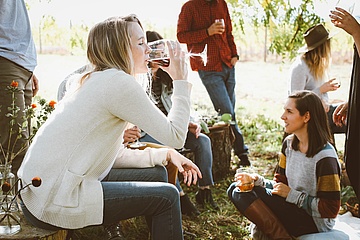 In addition to the cultural landscape, the club scene has been hit particularly hard by the Corona pandemic. There is still no prospect of clubs reopening. Many venues are desperately struggling to reopen at all at some point, while potential patrons are turning to public places to party. This has repeatedly led to trouble and problems, especially in recent weeks. However, these problems were not the reason why the city, together with representatives of the club scene and the German Hotel and Restaurant Association (Dehoga), looked for alternative concepts. A solution has now been found in the form of temporary summer gardens, which are to be created at various locations in the city from mid-August.

These areas will then be available to club operators and restaurateurs, who - depending on the size of the area - will be able to welcome up to 1000 people here. With the possibility for live music, dance floors and gastronomic offers, alternatives are to be created at these open-air locations for club operators as well as for artists and event technicians. Possible locations for these summer gardens are the Rossmarkt in the city centre, which is used in a similar way for the Grüne Soße Festival or the Apfelwein Festival, as well as the area of the Tanzhaus West club on Gutleutstraße. The Batschkapp, which has already been using parts of its outdoor area for a summer garden for a few weeks, could also expand its open air offerings. In addition, a use of the Metzlerpark at the Museum Angewandte Kunst at the Museumsufer is being examined.

The idea to bring a little club culture and live music offers in the summer months to the outside world and to give an industry, which is in a really existence-threatening situation, at least a short-term financial perspective, is certainly a step in the right direction. But it is doubtful whether a few summer gardens will be enough. At least it is a positive signal, which must be now only coherently converted. As soon as it is certain when and where exactly the summer gardens will open and what you can expect there, you will find out here on Frankfurt-Tipp.de