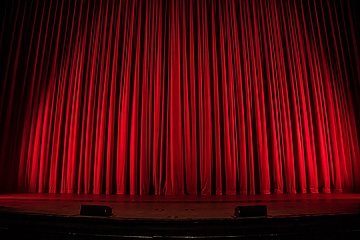 The effects of the Corona crisis are not only companies, gastronomy and retail. The entire cultural landscape of the city is also currently being put to a tough test. Theatres, music venues, cinemas, publishing houses, museums, galleries - they are all suffering from the loss of all income. To ensure that we will still have such a large and diverse cultural landscape after the end of the crisis, which is what distinguishes Frankfurt, the city's cultural workers need help.

One way to help would be to not get purchased tickets for cancelled events refunded, if you can afford it. But there are also other ways to help, and we would like to introduce a few of them here: </xxN/xN/xh2-strong music.Der Jazzkeller </strong>

A real institution - not only in Frankfurt, but all over Germany. The world stars of jazz have been meeting here since 1952. But its long and impressive history does not make the jazz club immune to the effects of such a crisis. You can support this Frankfurt legend via the crowdfunding portal Patreon.com.

Das Feinstaub and Tiefengrund - two special scene bars, which are an important part of Frankfurt's sub-culture - for concerts, parties or just a nice pub night. Since both places are existentially affected by the crisis, a Gofundme campaign has been launched to save them from permanent closure

The Frankfurt cinemas are - like all cinemas in the country - also threatened by the crisis. But cinema as a special place for film simply cannot die. And the already very thin cinema landscape of our city should definitely remain in its current form. </You can help, for example, through the >strong> online action hilfdeinemkino.de. Here you only have to choose your favourite cinema on a map. Afterwards you will be shown typical cinema commercials. For every spot you watch, the cinema you choose will receive money. Here it is really true: watching commercials is worth it! http://hilfdeinemkino.de/

Watching movies can also help - as long as you watch them via the portal Kino on Demand. The cinemas profit directly from every film that is watched via this platform. And for five films you watch there is also a 5 € cinema voucher for your favourite cinema. So, if you have the choice between "Kino on Demand" and other platforms, you should choose the latter to support the cinemas: https://www.kino-on-demand.com/

What also helps: buy cinema vouchers! Because that helps the cinemas directly.

The Arthouse Kinos Frankfurt - the Cinema and the Harmonie in Sachsenhausen - like to send out vouchers which are valid in both cinemas for 3 years. Just send an e-mail with the desired amount and delivery address to info@arthouse-kinos.de and you will receive a message with the necessary bank details. As a small thank you, there will be a free popcorn at your next visit to the cinema.

The Orfeos Erben has come up with a special voucher promotion for the cinema AND the restaurant. All info about this can be found HERE on Facebook

The Mal Sehn Kino has on his Facebook page links to movies that can be watched on demand, thus supporting especially small cinemas like Mal Sehn In addition, the purchase of vouchers via e-mail is possible. You can find all information about this on the Facebook page.

All theatres, but especially the small houses that receive little or no subsidy, are struggling hard with the crisis. Rents have to be paid as well as actors and other employees. In addition, cancelled performances have to be reimbursed, although the money has often already been spent on day-to-day operations.

No easy situation, but which the Theatre Alte Brücke in Sachsenhausen has countered with a great deal of commitment and imagination. The audience got two weeks of theatre culture delivered directly to their homes via live stream. The videos can still be watched on Facebook. This should be supported. Donations for the theatre can be made under: https://www.betterplace.me/theateraltebruecke

The two Frankfurt students Milena Schoo and Clara Geadah have launched an online campaign to support the beautiful Papageno Theater. You should definitely follow this call! p>/p>

The recently opened Volksbühne>/strong> offers the solidarity ticket, that can be booked online HERE. This is a ticket for a fictional performance that will never take place, but which directly supports the theatre and its future productions. Vouchers can also be purchased, which can then be redeemed at any time for a performance of your choice. The vouchers can be purchased HERE. </Also for the beautiful Stalburg Theatre a fundraising campaign was initiated. <a href="https://www.gofundme.com/f/ohne-uns-nicht-mit-uns-stalburg-theater?fbclid=IwAR0MCk5q1T40M_WB3ed27_4xkJWCcsavXqclNh1FbtYTkIGj80ZlwUYCm7g" target="_blank" rel="noopener">You can support the theatre HERE.>

The cult theatre Die Schmiere also offers the possibility to buy a #seidabei Soli-Ticket for the "Die Schmiere Solidaritäts-Geistershow" (never takes place) to support the theatre. These can be purchased HERE.

The Gallery Brücke54 offers a nice donation possibility to friends and supporters: For every donation there is a voucher "for the time after", which is worth 10% more than the donation and which can be redeemed after the reopening when buying an artwork. You can find this fundraiser HERE

What is generally suppressed with pleasure is now impressively brought into the light by the corona shutdown of public life: many musicians* and other freelancers love their work, but they do it under precarious conditions. They often work without contracts, receive no remuneration in case of illness and can hardly build up reserves. And although almost all of them work in several fields of activity and thus put their livelihoods on a broader footing, this does not bring them more security in the current crisis. Because all areas are affected by the shutdown. This becomes clear in the evaluation of our survey, in which 17 female musicians report on their current situation.

All concerts up to and including April or May have been cancelled, none of the creative people are entitled to a cancellation fee. Besides live music, many of them work as freelance music teachers and workshop lecturers, privately and/or at music schools. The music lessons are sometimes continued via Skype or Whatsapp, but not all students can or want to accept the substitute offer. Also singing or drumming lessons are difficult to realize when teacher and student are physically separated. All group offers - whether choir, workshop or big band, whether they take place regularly once a week or a whole week as a holiday course - are cancelled and can hardly be replaced by online offers. All other pedagogical offers in schools or youth facilities cannot take place either because of the closures.

The financial losses are on average 2000-3000.-€ per month. Meanwhile, not only must private rent and food continue to be paid, but most also have to pay the rent for rehearsal and classrooms. Often the reserves are only sufficient for 1-2 months. Some are already up to their neck in water because they have invested the winter months in CD and video productions, studio stays and other project preparations and the urgently needed income is now gone. Because now is the beginning of the main season for musicians!

Something urgently needs to change in these precarious working conditions. The online music journal MELODIVA, published by Frauen Musik Büro Frankfurt, joins the demands of the German Jazz Union: Freelance musicians* and music educators* have a right to appropriate remuneration, which also provides social security and old age provision. In order for fair fees to be paid, the support of the venues by the federal, state and local authorities must be expanded. Precarious employment relationships in teaching should be reduced and the Länder and local authorities should create more permanent jobs in the music education sector instead of abolishing them at the expense of teachers.

But also music users* should get a taste of the music they love. Right now, musicians need our solidarity: buy their CDs, T-shirts and tickets. Use portals like Bandcamp or buy from the musicians themselves. Watch online concerts on quarantine TV, from my living room, #culture savers, the flat curve, Keep Listening u.a. and pays admission for it. Support your music club with ticket purchases and become a member of a support association. So that you can experience your favourite bands on stage even after the crisis.

Read the latest report on MELODIVA.</There you can also find tips and links to actions with which music fans can support their bands and clubs.

>>>strong>You also have a favourite cultural institution you want to support? Or you run a theatre, a cinema, a gallery or a music club yourself and would like to be listed here? Then write and send a mail to marketing@trifels.de and join the SUPPORT YOUR LOCAL BUSINESS-FRANKFURT Facebook group. Because we can only get through this crisis #commonly