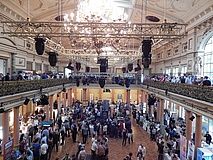 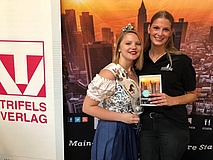 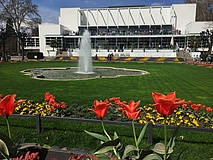 Last Sunday apple wine lovers from all over the world met again in the Palmengarten society house to discover and taste at the big apple wine fair CiderWorld what can become of an apple. In addition to this year's guest country Ireland, which was represented by several suppliers, exhibitors from 17 countries presented their products at the fair. In the first few hours, only the trade public and the press were able to find out about the latest trends from the 97 exhibitors before the gates were opened to all visitors. As in previous years, a particularly pleasant atmosphere prevailed in the best spring weather, which was not only created by the beautiful ambience of the Gesellschaftshaus, but also by the international diversity of the range on offer.

Michael Stöckl, initiator of the trade fair, was not only satisfied with the visitor response. The popularity of the events at the 2nd Frankfurt CiderWeek, which preceded the trade fair, as well as the presentation of the 1st CiderWorld Award on the day before the trade fair had also fulfilled all expectations - and in some cases even exceeded them. The CiderWorld Award was presented by an international jury of 30 experts in four categories. The winners were of course also presented to a wider audience at the fair.

Frankfurt-Tipp.de was also part of the CiderWorld fair, which provided the perfect setting for the announcement of the results of our annual BEST OF APFELWEIN Wahl. All about the award and the winners your HERE reads

In the course of the last years the apple wine fair grew steadily, became more international (hence the new name CiderWorld) and tries to carry the topic with actions like the CiderWeek also stronger into the city. It is an exciting further development, which will guarantee some more highlights and surprises in the coming years. We are curious!

The winners of the 1. CiderWorld Awards