The Crime Dinner in Steigenberger Hotel Metropolitan
from FFM Aktuell 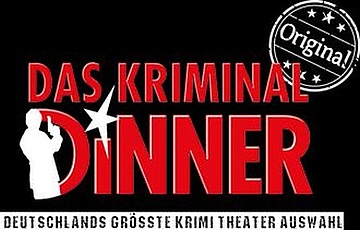 Culinary pleasure and thrills: On Saturday, 18.02.2017, the guests Steigenberger Hotel Metropolitan is offered a lot: Exquisitely served, spontaneously staged. The crime dinner with the 'Chief Inspector Schröder investigates' promises a delicious 4-course menu in a stylish ambience framed by an interactive crime play

The new "Kriminal COMEDY Dinner" play of the two successful authors of "Testament a la Carte" is about the oddball chief inspector Schröder, who must solve a mysterious murder. Of course, he doesn't do that without straining the audience's laughing muscles plenty.

Chief Inspector Schröder rushes to the scene of the crime, on his birthday of all days, and almost becomes the victim of a violent crime himself. It's a good thing he's worked out a code word with his new colleague Pit Zimmermann. Meanwhile, his incompetent boss, the forensics department and his "lovely" mother are making life difficult for him, and as if that weren't enough, Susi has now also disappeared - who is Susi???

Whether Chief Inspector Schröder can solve this tricky case is best found out for yourself.

A two person play with 16 characters. Nine roles are played by the 2 actors from Dreieich themselves, the other 7 come willingly from the audience.

A lot of fun, at the only "Kriminal COMEDY Dinner" in Germany

The seductive 4-course menu is created and served by the kitchen team Steigenberger Hotel Metropolitan. The thrill for nerves and palate starts at 19:00, admission is from 18:30.