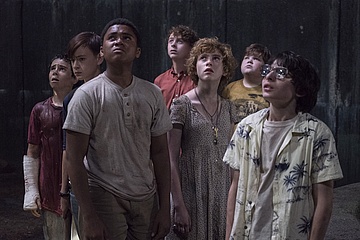 It's finally that time again: from September 14 to 24, the now 31st Fantasy Filmfest will once again bring plenty of entertaining genre fare to Frankfurt. Among them are many works that will not be seen in cinemas for a long time, if at all, and can therefore only be enjoyed here on the big screen. What makes the Fantasy Filmfest so special is that you can discover many a highlight here that you probably wouldn't have been able to see otherwise. Watching the films together with other fans also makes the festival a very enjoyable experience. Because people come here to see films, not to chat the whole time or play with their mobile phones, which is unfortunately something you have to experience far too often in other cinema screenings.

A real highlight this year is the opening film: the hotly anticipated film adaptation of Stephen King's cult novel "It" can be seen on 14 September - and thus almost two weeks before the official cinema release. No question, the already in advance celebrated horror shocker is guaranteed to be THE highlight of the festival - but certainly not the only one. Because with the brightly coloured fantasy comedy "The Mermaid", which has grossed a gigantic 500 million dollars in China, or the small dystopian thriller "It Comes at Night", the festival organisers have even more gems in store. The film "Schneeflöckchen" should also be interesting, because genre contributions from Germany are generally rather rare.

Another very special film is "Blade of the Immortal". The samurai film is the 100th (!) film by master director Takashi Miike. And those who know Miike know that there are guaranteed to be some very haunting moments on display here. Horror, fantasy, satire, science fiction, drama - this year's Fantasy Filmfest offers you again a lot of interesting material to be scared, creeped out, amazed or even to laugh. Tickets are now on sale! So hurry up and get your seats!

More info you can get at: Http://www.fantasyfilmfest.com