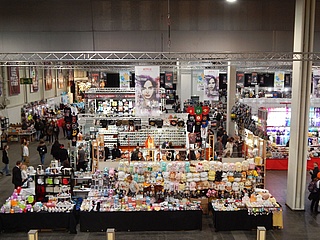 You are fans of STAR WARS, GAME OF THRONES, HARRY POTTER, LOST or GOTHAM, like series like SONS OF ANARCHY, BONES and BATES MOTEL or are crazy about movie classics like HIGHLANDER? Then there is only one address for you on the weekend of April 22nd and 23rd: Hall 3 of the Messe Frankfurt. Here the first GERMAN COMICCON FRANKFURT will take place and attract many stars from film and television, as well as many artists from the field of comics and cartoons to the Main metropolis.

<link https: www.frankfurt-tipp.de ffm-aktuell s ugc die-german-comiccon-kommt-nach-frankfurt.html _blank>What you can expect at the German ComicCon, we have already told you HERE. But now the guests are confirmed! In Frankfurt you can look forward to the "Penguin" himself, Robin Lord Taylor, and his "Gotham" colleagues Erin Richards and Drew Powell as well as Natalia Tena and Daniel Portman from "Game of Thrones", David Bradley, Harry Melling and Afshan Azad from the "Harry Potter" movies and the "Sons of Anarchy" stars Kim Coates, Ryan Hurst and Theo Rossi. Children of the 80s will be particularly excited about the star guest on Saturday: the "Highlander" himself, Christopher Lambert, will be doing the honours in Frankfurt.

But it is not only stars from film and TV who will be given a stage here. Artists from the fields of comics and cartoons can also be observed at work, questioned or asked for an autograph. Among them are Martin Perscheid, Joscha Sauer and Michael Holtschulte. A few YouTube and Instagram influencers will also be making an appearance at the con. Another highlight is certainly the Cosplay Universe. When you see how much effort and artistry has gone into some of the costumes that can be admired here, it's not only a source of amazement, but also of respect!

Of course, you spend a lot of time waiting at an event like this. For example in the queue at the entrance, at the photoshoots or the autograph sessions. But at the German ComicCons we have experienced so far, the atmosphere was always excellent. Our tip: make sure you listen to the smaller panels, we've had some positive surprises at the cons in Dortmund. Of course we will be there and report for you from the German ComicCon in Frankfurt. Maybe we'll see each other? 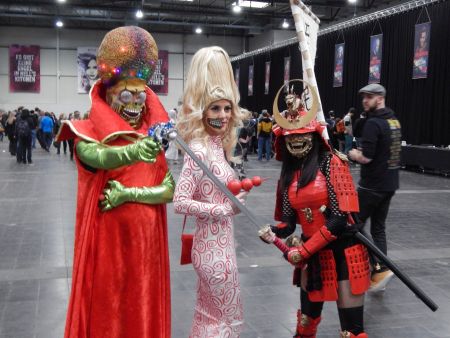