The Musikmesse Festival goes into the next round
from FFM Aktuell 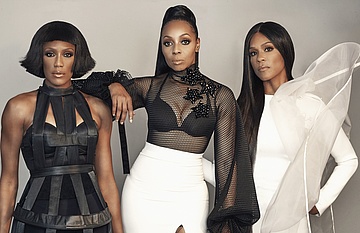 Artists such as Albert Hammond, Asaf Avidan, Curse, Dionne Warwick, En Vogue and Gino Vanelli to be guests in Frankfurt

Music not only on the exhibition grounds, but throughout the city - this is now for the third time the aim of the four-day festival, which takes place parallel to the Musikmesse. On the festival days, there will be more than 60 concerts throughout Frankfurt - and, for the first time, highlight events in the evenings directly on the exhibition grounds. The varied programme features some great artists. There will be performances by Albert Hammond, Asaf Avidan, Curse, Dionne Warwick, En Vogue, Gino Vanelli, or Brian Downey's Alive And Dangerous, among others. As the official opening concert of the Musikmesse, the Grande Finale of the International German Pianist Award will already take place on April 9 at the Alte Oper.

Music lovers can look forward to a colourful mix of classical, jazz, pop, rock and electronic music - a mix designed to underline just how diverse music can be. For the first time, the exhibition grounds, which are a hotspot for the international music industry during the day anyway, will also be integrated into the festival events. Festival Director Wolfgang Weyand explains: "More than ever before, the exhibition grounds will become a concert location for events ranging from piano recitals to headlining concerts. In this context, we are particularly pleased about the lively participation of exhibitors in new formats such as the Piano Stage". The new "Festival Arena", an event tent for 1,500 visitors, will present the only German performance by Canadian pop singer Gino Vannelli on Wednesday (11 April) from 7 pm. On Thursday night (April 12), there will be a jam night with members of the group Rockin' 1000 - known for their viral megahit in which 1,000 musicians performed the Foo Fighters song "Learn to Fly." The 100 Million Clicks Night (April 13) will feature performances by ESC participant Michael Schulte and YouTube celebrities Costantino Carrara, Jannik Brunke and Luca Stricagnoli.

Visitors will experience an equally unique musical event on 13 April at the Congress Center Messe Frankfurt (CMF). The successful jazz pianist Joja Wendt will be performing together with young music ensembles - and in this way giving talented children and young people the opportunity to demonstrate their musical skills in front of a large audience in a special setting. The only German concert by five-time Grammy winner Dionne Warwick, together with the Neue Philharmonie Frankfurt, will be the crowning finale of the Musikmesse Festival on Saturday evening at the CMF.

In over 30 venues in Frankfurt, the festival presents concerts by national and international artists from a wide range of genres. Among them: Israeli folk-rock musician Asaf Avidan (13 April, Batschkapp), known for the megahit "Reckoning Song (One Day)", British singer-songwriter Albert Hammond (12 April, Alte Oper) and US soul band En Vogue (13 April, Gibson). Fans of German hip-hop can look forward to a performance by rapper Curse at the Batschkapp on 14 April. Things will get rocky at Club Nachtleben on Frankfurt's Zeil with concerts by Brian Downey's Alive And Dangerous, the band of Thin Lizzy's long-time drummer (14 April), and the German punk band Radio Havanna (12 April). Female power with hard riffs is on the agenda with the performance of female-fronted metal band Fallcie at the Cave on April 14 and alternative rock band Calling Vega at Club Voltaire on April 12. Fans of electronic music can party into the early hours at the "Berliner Nächte" event with DJ Dirty Döring (April 14, Tanzhaus West).

Public spaces will also be set to music as part of the Musikmesse Festival: the Frankfurt Street Tunes project will bring playing stations to various squares in the city centre and invite passers-by to make music. Anyone who wants to can give a small improvised concert - whether beginner or full-blooded musician.