The Philippines presented itself at the Museumsuferfest
from FFM Aktuell 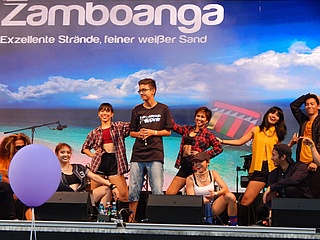 This year there was a special feature at the Museumsuferfest: The festival did not have a country focus in 2016. Instead, the 40th anniversary of the Batschkapp was the central theme of the popular cultural festival on the Main. But that didn't mean that various countries didn't present themselves with stages, performances and information stands along the festival mile. Among them was the Philippine Department of Tourism, which was a guest on the Museumsufer for three days as a partner of the Frankfurt Music Stage.

According to legend, after creating the first Philippine island, the gods were so enchanted by its beauty that they immediately created 7000 more. Azure blue sea, dreamlike white sandy beaches, lush coconut trees and fascinating vegetation in the interior - no wonder that the island landscapes of the Philippines are often called paradise. But the Philippine Tourism Board was not only concerned with making visitors want to go on vacation with the beauty of the islands. It also wanted to convey how much fun and joie de vivre the 7,107 Philippine islands bring to every target group with their diverse tourism offerings. This was done especially well with the stage program that enthralled the audience on Saturday night. 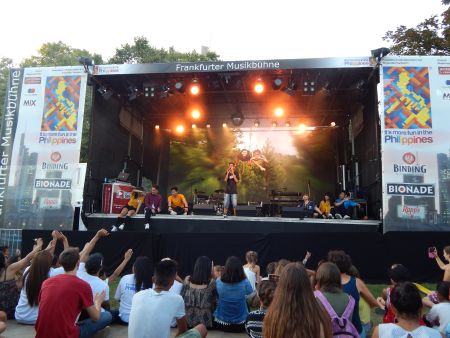 Here, the dancers of the UP Streetdance Club (UPSDC) from Manila first heated up the crowd with great choreography. After the atmosphere reached a first peak, 14-year-old Lukas Janisch, winner of the TV show "The Voice Kids," stepped on the Frankfurt music stage. Janisch, son of a Filipino mother, sang songs by Maroon 5, Adele, by his The Voice coach Mark Forster or even Justin Timberlake. After performing the first few songs alone, he was joined by the UPSDC Dancers for his soulful Prince cover "Purple Rain," who also accompanied the young singer with their infectious moves during the following songs. But whether alone or with support, the likeable and very talented "The Voice Kids" winner thrilled not only his numerous young fans, but also the older Museumsuferfest visitors. And if sometimes a tone did not sit or a little bit of nervousness came up, Lukas Janisch overplayed this with very refreshing naturalness. 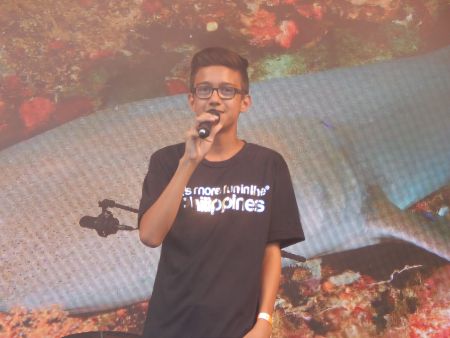 During the show, which lasted about an hour, images of different islands such as Palawan, Boracay and Cebu, which are among the most beautiful islands in the world, were projected on the big LED screen behind the artists. In connection with the music and the dance performances, a real holiday feeling was brought to the banks of the Main River, culminating in a sea of balloons and an autograph session by Lukas Janisch, which was enthusiastically received by the young fans. An all-round successful evening that more than lived up to the motto "It`s more fun in the Philippines". 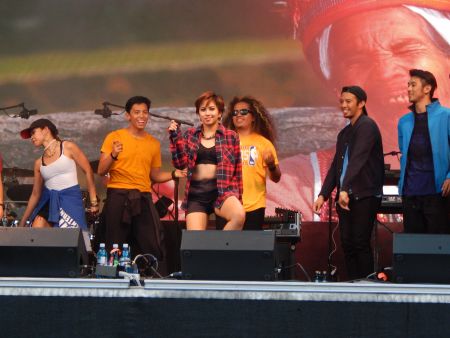 But it was not only on Saturday night that visitors were greeted in a cheerful and relaxed manner by the Philippine Tourism Office team at the Frankfurt Music Stage. Among other performances by the UPSDC, the booth also offered delicious cocktails, the purchase of which also gave visitors a chance to win one of many small prizes. In addition, visitors were able to take advantage of a photo booth. Among all participants who posted their photo on the Facebook page "The Philippines", a dream trip for two persons was drawn. A great action in the context of an overall very successful presentation at the Museumsuferfest, which not only spread good mood, but also could well convey the different facets of the popular holiday region. 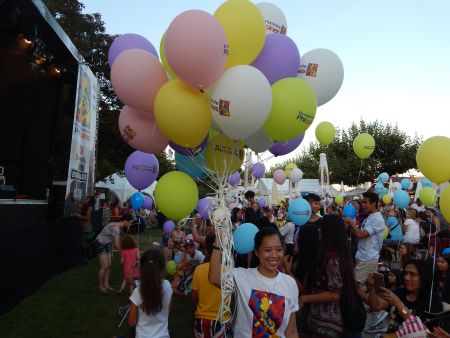 For more info, check out the Facebook page "The Philippines" at: <link https: www.facebook.com diephilippinen _blank> 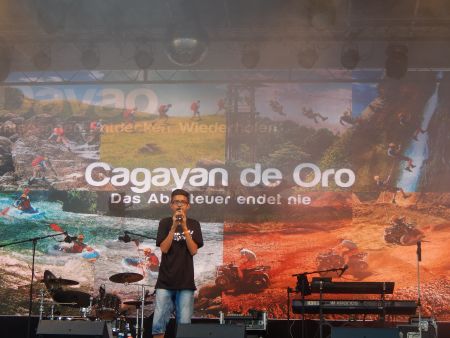 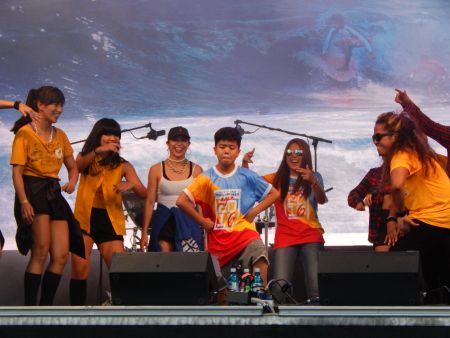