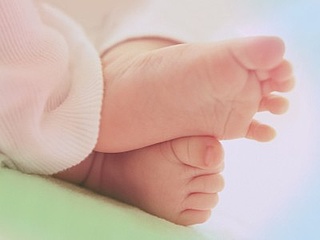 Yes, there really are more and more exotic names. But if you look at the hit list of the last few years, the most popular first names for children still remain the classics. As in previous years, there were no real surprises in Frankfurt in 2017.

City councillor Daniela Birkenfeld presented the frontrunners, revealing that Marie defended its top spot by a wide margin in 2017. She is the undisputed leader with 263 mentions (234 in 2016) and Sophie scores second place with 225 mentions (199 in 2016).

There were also few changes in the boys' category: Alexander was again named the most boys (though only by a 3-point margin). With 180 mentions (132 in 2016), he again leads the hit list of the most popular male first names in 2017. Maximilian had to admit defeat with 177 mentions (131 in 2016) narrowly and settle in second place.

Despite or just because of all the discussions and reports about exotic and unusual first names, even after the current evaluation, the changes from the previous year are marginal. Also in 2017, the table leaders in the girls and the boys were able to hold on to the top positions. Only on the third place of the male first names there is always an outlier. In 2017, Noah made it to third place from fourth (2016 with 111 mentions) with 125 mentions. Former perennial third-place Paul came in fourth with 116 mentions after dropping in 2016 (5th place).

The decades-long stable order is often questioned, sometimes even a filter is suspected. Therefore, it should be pointed out at this point that the present evaluation is based on a statistical algorithm of the subject procedure, which automatically ejects the namings according to their frequency. The result is used in the same way. It is also not distinguished whether the names were given as first, second or third names. However, the registry office limits itself to the representation of only the first 30 names for reasons of the clarity.