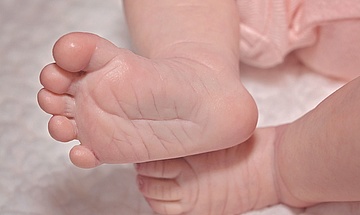 The same procedure as last year... As far as the choice of first names is concerned, Frankfurt parents seem to have relied on tried and tested methods for some years now. There were no major changes or even new naming trends in 2019.

The responsible city councillor Daniela Birkenfeld has now announced the current "hit list" and revealed that Marie and Sophie share first place among the most popular first names for girls with 181 entries each. With 225 mentions, Sophie was still the leader in 2018 and relegated Marie (206 mentions in 2018) to second place.

Among the boys, Maximilian defended first place against Alexander with 142 mentions (159 in 2018), 18 points ahead.

Thus, there were only marginal changes in the first names chosen for 2019 compared to the previous year. And this despite - or perhaps because of - all the discussions and reports about exotic and unusual first names. In 2019, the classic leaders of the girls' and boys' table were again able to maintain their top positions.

Due to the decades of stable order, this is often questioned. Sometimes it is even suspected that a filter is used in the evaluation. The present evaluation is based on a statistical algorithm of the specialized procedure, which ejects the naming automatically according to its frequency. No distinction is made as to whether the names were given as first, second or third names. However, for reasons of clarity, the registry office restricts itself to the presentation of the first 30 names.

The full first name hit list can be found on the city's website at http://www.frankfurt.de can be viewed at the registry office under "First name statistics current".