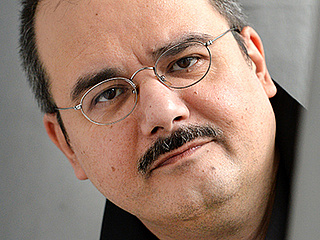 (kus) Sherko Fatah, town clerk of Bergen, invites you to a reading with Roman Ehrlich and Dorothee Elmiger for Wednesday, August 9, at 7 pm. Ehrlich will read from his novels "The Cold Year" and "The Terrible Days of Horrible Horror." Elmiger will read from her novels "Invitation to the Daredevils" and "Sleepers."

The reading will be moderated by Sherko Fatah and will take place on the open-air stage in Schelmenburg Square. In case of inclement weather, the event will be moved to Club Room 5 at Bergen Town Hall.

Roman Ehrlich was born in 1983 in Aichach and now lives in Berlin. He has already received several prizes, including the Bremen Literature Prize and the Ernst Toller Prize. He writes novels and short prose. Most recently, the novel "Die fürchterlichen Tage des schrecklichen Grauens" was published by S. Fischer.

Dorotheee Elmiger was born in 1985 and is Swiss. She is a graduate of the Swiss Literature Institute in Biel. Elmiger has won several awards, most recently the Erich Fried Prize. She has already been shortlisted twice for the Swiss Book Prize. In 2014, her novel "Schlafgänger" was published by DuMont.