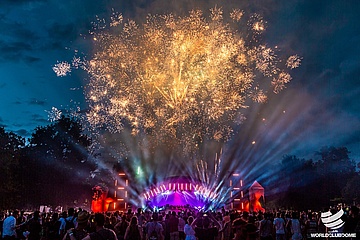 When BigCityBeats CEO Bernd Breiter had to announce the renewed cancellation of the WORLD CLUB DOME, he already made it clear: he would fight for at least the WCD Pool Sessions to take place. The event had been approved, but under conditions that would have made it virtually impossible. Breiter and his team took legal action against this under the slogan FIGHT FOR CULTURE and actually got justice. According to the decision of the Administrative Court of Frankfurt, the WCD Pool Sessions 2021 can take place with 12,000 visitors per day!

BigCityBeats thus has the permit that allows it to hold the WCD Pool Sessions and the organizers will implement all necessary measures to ensure that the current requirements of the permit are met. So the Ibiza feeling is finally coming back to Frankfurt, to the beautiful parkland, the green meadows, the forest and the shimmering blue pools.

"I am overjoyed that reason and will have prevailed and that culture will be allowed to take place this summer after all. Even if not with the big BigCityBeats WORLD CLUB DOME, but with the WCD Pool Sessions over three days with thousands of electronic music fans and indescribable BigCityBeats emotions. Finally, we can once again unite music genres, lifestyle, emotions, fireworks and a fine selection of the greatest electronic artists true to the BigCityBeats credo. Culture is a social good, the execution of which is important for a functioning society. FIGHT FOR CULTURE," explains Bernd Breiter, Managing Director of BigCityBeats GmbH.

"A big thank you goes to the city of Frankfurt, the politicians, the state of Hesse and the judiciary as well as the Frankfurt Eintracht. But especially to the many World Clubbers around the world and to my team, who believed in it and fought for it until the very end," says Breiter.

"Of course we set high standards for the safety of our visitors and employees. To this end, experts have drawn up a comprehensive infection control concept that more than meets the specified requirements," Bernd Breiter continues on the hygiene concept for the event. One of the measures, for example, is to allow only a more precise PCR test instead of an antigen test for those who have neither been vaccinated nor recovered. Detailed information about the hygiene concept will be available on the homepage of the WCD Pool Sessions in the next few days.

Tickets for the 2021 WCD Pool Sessions are available at: https://www.worldclubdome.com/pool-sessions