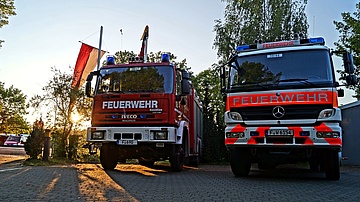 More than 20 vehicles from fire departments from the city and surrounding areas will line up on Hoechster-Farben-Strasse. Between 11 a.m. and 4 p.m., visitors will be able to take a leisurely look at normal fire engines as well as special vehicles such as an airfield fire engine from the airport.

Hoechster-Farben-Strasse will be closed for the duration between the fire station and the junction with Westenberger Strasse. On the grounds of the fire station, the fire department is organizing a parallel family festival with food, roller slide, bouncy castle and a vehicle rally