World premiere for "Montevideo" musical at Theatrallalla
from FFM Aktuell 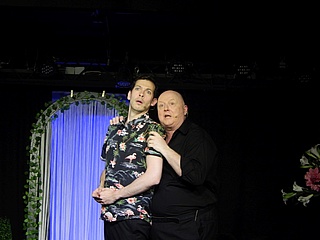 The comedy classic "The House in Montevideo" by Curt Goetz, which premiered in New York in 1945 and was successfully filmed twice for the cinema, seems made for the Theatrallalla Theater. But artistic director Thomas Bäppler-Wolf did not want to simply perform one of the most frequently performed plays on German stages in the familiar adaptation. And so, with the permission of Curt Goetz's heirs, Bäppi has conjured up a musical out of the classic without further ado. The adaptation of the play and the lyrics of the songs were written by him, while the music was composed by Gabriel Groh.

The story has been moved to the 1950s, but otherwise it remains largely faithful to the original: Professor Doktor Traugott Nägler (Bäppi) is a moralizer to the core. With his wife Marianne (Ute Ehrenfels) and their twelve children, he leads a simple but demure life. To keep it that way, seventeen years ago Traugott was responsible for banishing his sister, who had become pregnant out of wedlock, from his home. Now dead, she has left a handsome inheritance to Atlanta (Eva Völl), of all people, her brother's eldest daughter. After initial resistance, Traugott agrees to travel to Montevideo with the priest (Bastian Korff) and Atlanta to claim the inheritance. But what awaits him there tests more than just his moral sensibilities.

The musical version of "The House in Montevideo" is quite a treat. With comedic timing par excellence, witty dialogue, a smattering of slapstick and catchy songs, this new adaptation of the classic makes the nearly two hours of playing time (plus the 30-minute or so intermission) fly by. Some scenes, such as a conversation between Traugott and his very simple-minded son-in-law-in-waiting, wonderfully played by Marcel Schilling, make for downright laughs.

Even though the play has been changed a little and a touch of local colour has been added, the charm of the popular original remains one hundred percent intact. And it is this mixture of unbridled humour, classic charm and catchy songs, which warms the soul, that, in combination with the joyful performance of the actors, makes this visit to the "House in Montevideo" so recommendable.

The play can be seen at Bäppi's Theatrallalla Theater Tuesdays through Fridays at 8 p.m. from now until December 08. You can get more info and tickets HERE 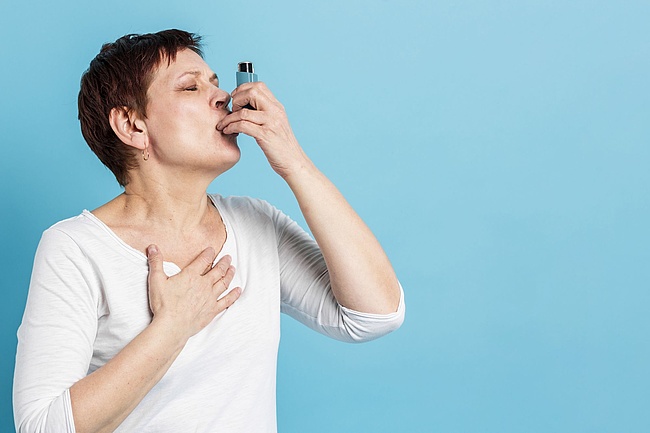