Zoo, Palmengarten and the museums will be closed
from FFM Aktuell 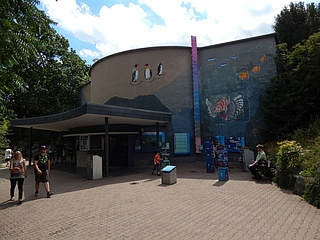 The spread of the Coronavirus is now causing the closure of major destinations in Frankfurt. Thus, the city has decided to close not only all municipal museums, but also the zoo and the Palmengarten from Saturday, March 14. Events that were to take place here will have to be cancelled. The closure is to last up to and including April 10.

The decision to close the cultural institutions of the city of Frankfurt for the time being until April 10. April 2020 is a necessary precautionary measure to slow the spread of the virus, buy time and protect the health of all people, visitors and employees in the institutions.

The services of the Volkshochschule Frankfurt (VHS) and the public library will also be suspended from Monday, March 16, up to and including April 10. The municipal offices also point out that personal appearances must be reduced to an absolutely necessary level for preventive reasons. All other concerns can be discussed by phone or email.

The City of Frankfurt recommends that all non-municipal cultural institutions as well as private event organizers follow this line. Already yesterday, all events at the Frankfurt Opera, the Schauspiel as well as the Alte Oper and the Mousonturm were cancelled. This measure also applies up to and including April 10.