Since its premiere in 1973, the musical "Rocky Horror Show" by British actor, author and composer Richard O'Brien has been an absolute cult. Not least due to the congenial film adaptation from 1975, which after average reviews and slight initial difficulties has developed into a long-running hit in many cinemas, the musical has been able to win over a broad fan base all over the world - a fan base that continues to grow even more than 40 years after the premiere. So it's no wonder that it's always a spectacle when the musical comes to town in its original production. Because the "Rocky Horror Show" is not only about the story and the timeless good songs. It is also about the direct involvement of the audience, through which every performance can become a really big party.

This was exactly the case at the preview in Frankfurt on 31 March 2015. Already with the opening number "Science Fiction Double Feature", vocally powerful performed by Magenta (Maria Franzén), it becomes clear that entertainment par excellence will be offered here. Shortly afterwards, the audience is asked for the first time to celebrate the first appearance of the young couple Brad Majors (David Ribi) and Janet (Harriet Bunton) with wild confetti throwing. The fun increases with the first appearance of the narrator, who is usually to be brought out of the concept with loud "boring" calls. How confident and quick-witted Sky Du Mont has completed this task has been appreciated by the spectators with loud laughter and applause.

However, there are also real moments of emotion. When the whole hall is transformed into a sea of lights in "Over at the Frankenstein Place", for example, not only the wonderful melody of the song gives you goose bumps. But it quickly gives way to a real party feeling when the mood reaches its temporary climax with the cult song "The Time Wrap". With this number it also becomes clear that the musical's recipe for success consists of a perfect symbiosis of talented cast, first-class musicians, colourful costumes and atmospheric equipment. So it's no wonder that after just 20 minutes the audience is barely able to sit down.

The cast of this production is really outstanding. Harriet Bunton, for example, is absolutely convincing in her transformation from a shy wallflower to a sexy vamp, while her partner David Ribi, an extremely bourgeois Brad, is always especially amusing when he wants to show that he can also be absolutely relaxed. Simply wonderful! The Swedish actress Maria Franzén also belongs to those actors who leave a lasting impression not only because of their outward appearance. If at the end of "Planet Hot Dog" she experiences a kind of vocal outburst and sounds the room without band accompaniment or background choir, this is an excellent example of the high vocal quality of the ensemble. But also Stuart Matthew Price as Riff Raff and Hannah Cadec as Columbia, who claims a lot of eardrums with her shrill voice, are really perfectly cast.

Nevertheless the "Rocky Horror Show" of course belongs first and foremost to one character: the "Sweet Transvestite" Frank´n´Furter. Rob Fowler, who may still be known to some viewers through his participation in "The Voice of Germany", is an extraterrestrial scientist from the planet Transsexual who delivers a great performance in every respect. Vocally beyond any doubt, he also presents himself at his best in acting form. How he involves the audience in his game with small looks or short comments is simply wonderful. The fact that his last number "I'm going Home" then culminated in thunderous applause and standing ovations at the preview was not only deserved, but also touched Fowler visibly. By now, at the latest, he had won all the sympathies of the audience for himself.

The great hall of the Alte Oper finally cooked during the epilogue and the two encores. Once again it became clear how much fun the musical is, how great all the actors sang and what an excellent performance the musicians, who are a little hidden in the gallery, delivered. This musical offers the audience an extremely funny, colourful, slightly frivolous evening with great songs and a perfect atmosphere. Of course, the more people from the audience participate, the better. A big praise to all participants on and behind the stage, who make this staging of the cult musical an unforgettable experience. No wonder that a friend who accompanied me had to realize enthusiastically in the end that this was the best of the five productions he had already seen. Therefore: if you don't have tickets yet, you should hurry. Because nobody should miss this party! "Let`s do the Time Wrap again"... and again... and again... and again... (Text by Sebastian Betzold) 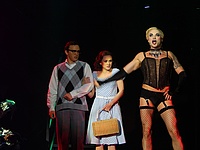 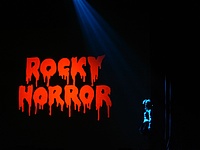 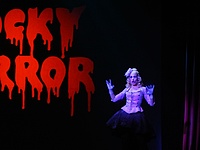 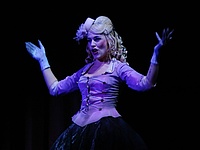 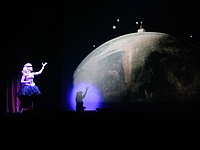 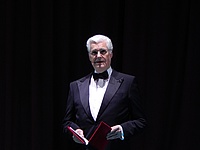 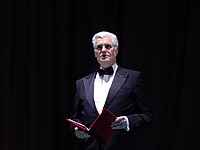 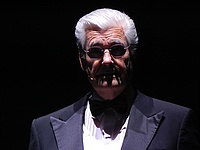 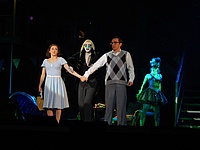 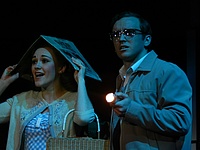 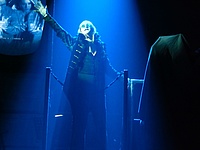 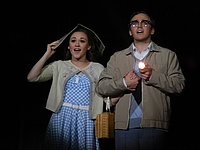 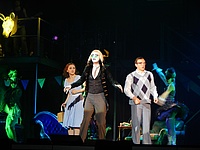 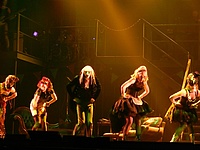 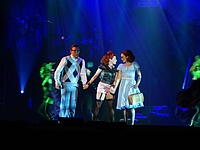 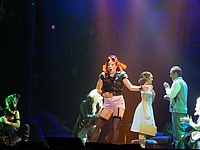 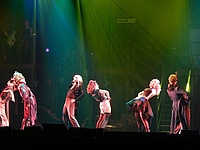 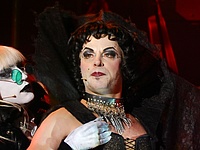 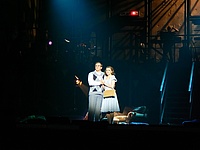 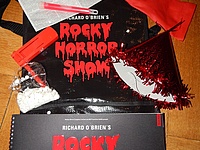 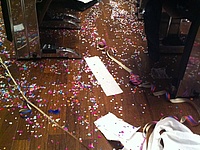 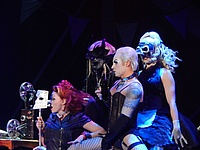 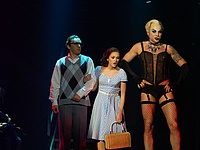 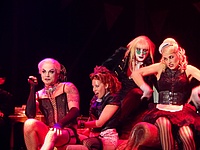 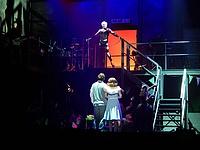