Frankfurt Airport - The Gateway to the World

All about Frankfurt Airport 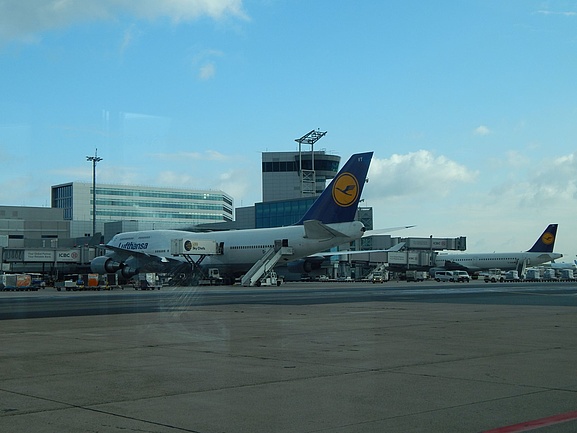 Frankfurt am Main Airport (FRAPORT) stands for many superlatives:

It is with 61 Mio. Passengers (2015) the third largest airport in Europe and the largest cargo airport in Europe with 2.1 million tonnes of air freight (2015). Every week, 107 airlines with over 4,400 flights connect the Main metropolis with 275 destinations in 111 countries.

In addition, Frankfurt Airport is integrated into the European high-speed network with its own railway station. At the same time, the airport is Germany's largest local workplace with around 75,500 (06.2012) employees and, with around 500 different businesses, a vital economic engine for the Rhine-Main region.

With a site of 15.6 square kilometres, the airport is a city in its own right, offering extensive service facilities such as churches, hospitals and hotels, as well as conference and entertainment facilities, shops, restaurants and service providers on several levels.

The airport is located directly on the the busiest motorway junction in Europe and has direct S-Bahn and Intercity connections.<x>>BR</x>
The Airrail Center Frankfurt, a nine-storey complex with over 8 hectares of office space, 550–700 hotel rooms, restaurants and retail outlets, was completed above the long-distance railway station in 2010.

In an international comparison, Frankfurt Airport is of great importance as a transfer airport (50% of all passengers are transfer passengers).

Modern technology ensures a comfortable, fast transfer. This is made possible above all by the baggage conveyor system (length approx. 67 kilometres), which ensures the smooth onward transport of the suitcases of departing and transferring passengers.

With the opening of Terminal 2, a steel and glass building, in 1994, a new traffic hub was created at Frankfurt Airport.

The automatically operated Sky Line trains are available for the transfer from Terminal 1 to Terminal 2 (and vice versa).

The new runway is to increase the capacity of Germany's largest airport by 50 percent. It is intended exclusively for landings of small and medium-sized jets.

In a first step, the number of possible aircraft movements at the airport as a whole will rise from 82 to 90 per hour.

126 take-offs and landings should be possible in the final stage. This corresponds to a capacity of around 90 million passengers per year after 56.44 million in 2011.

With the new runway, there are two runways in Frankfurt as well as one runway and one runway each.

Furthermore, Terminal 1 is being extended to the west and Terminal 3 is currently being built, from which flights are scheduled to depart from 2020. 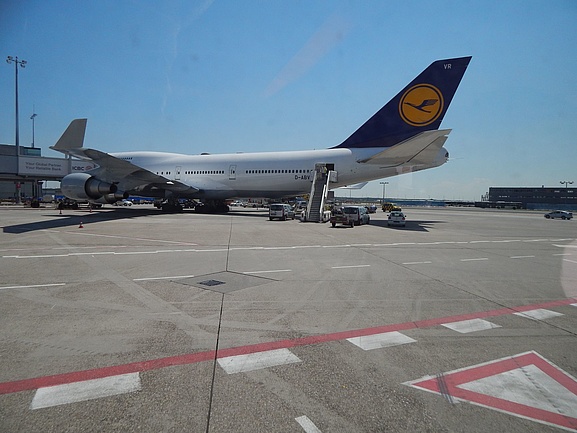 The airport is also an adventure airport with Visitors' terrace and airport roundtrips and therefore always worth a visit. More than one million visitors a year make use of it. Whether families with children, technology freaks, shoppers or art lovers - boredom is guaranteed not to occur here.

Ob Haute Couture, exclusive business fashion or young fashion - enjoy the advantages of the international shopping centre. The shops are open 365 days a year between 07:00 - 22:00 hrs.

Naturally, the physical well-being is also taken care of. Restaurants for every purse, cosy pubs, cafes and of course fast food shops on all levels and terminals offer something for everyone.

departure / arrival at the airport