All important information for motorists 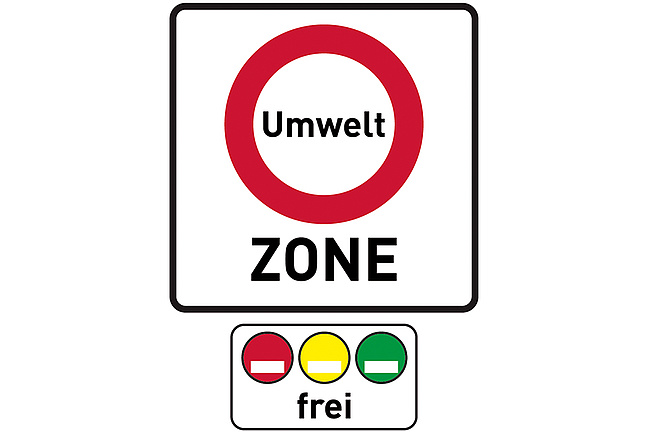 On October 1, 2008, Hesse's first environmental zone was established in Frankfurt am Main.

This means for everyone who wants to go to Frankfurt: Feinstaubplakettenpflicht.

The Frankfurt Low Emission Zone covers the interior of the autobahn ring. In the west it is bordered by the A5, in the south by the A3 and in the east and north by the A661.

All residents and commuters who want to drive into the low emission zone from 01.10.2008 need a fine dust sticker.

Whoever is caught without a sticker risks a 40 euro fine and a point in Flensburg.

There are three different stickers, distinguished by their color.

Attention: tightening of the regulation from 1 January 2012

On 1 January 2012, stage 3 of the environmental zone came into force. Since that day, the yellow sticker is no longer valid! Only vehicles with a green sticker are now allowed to enter Frankfurt's low emission zone, which covers an area of around 110 square kilometres.

The stickers are valid in all German low emission zones. Foreign vehicles also need a sticker.

The stickers are valid in all German environmental zones. Foreign vehicles also need a sticker.

The environmental sticker usually costs 5 euros. They are available at all officially recognized test centers (e.g. DEKRA, TÜV), the vehicle registration offices and the car workshops.

Which sticker applies to which vehicle?

This depends on the respective emission standard: Everything from Euro 4 gets the green. With Euro three there's the yellow sticker and with Euro 2 the red.

The emission key in the vehicle registration certificate can be used to check which sticker applies to which car.

On the Internet, you can find various services that make determining the fine particle sticker a breeze. For example, at www.kues.de

Exceptions to the rule

The following vehicles can always enter the environmental zone:

&middot; motor vehicles of and for people with disabilities (aG, H, Bl)

&middot; mobile machinery and equipment and agricultural and forestry tractors

Info on all environmental zones in Germany can be found at www.umwelt-plakette.de

You can find important information about traffic in Frankfurt HERE