Frankfurt serves time and again as a backdrop for television and cinema films. Whether "Tatort", "Schattenmann" or "What a Man" - the skyline alone, but also the Römer, the Eiserne Steg and many other striking locations in our beautiful city have increasingly attracted filmmakers to Frankfurt in recent years. As a Frankfurter, it is often very amusing to see the liberties that filmmakers take. When suddenly the side entrance of the Alte Oper becomes a department store entrance ("Alles ist Liebe") or the back exit of an unfortunately no longer existing cinema becomes the emergency exit of a fictitious club on Schillerstraße ("Der Schattenmann"), then one can't help but grin in amusement as a local.

We want to introduce you to some well-known, but also lesser-known filming locations.

Let's go to the Mainzer Landstraße. Here stands the VAU office building. In the empty building the LICHTER Filmfestival had its festival center for two editions. But also some filmmakers have already used the architecture of the modern office building in their works. For example, the 2013 documentary MASTER OF THE UNIVERSE was staged in the VAU. The abandoned building with a direct view of the banking district was the perfect symbol of the banking crisis, which was the subject of the film.

The building had a completely different use in the comedy DER SCHLUSSMACHER by Matthias Schweighöfer. Here, the office space was unceremoniously transformed into a luxurious hotel with a skyline view. The VAU underwent probably the most unusual transformation for the trash comedy IRON SKY. In the prestigious rotunda, the US president, not unlike a certain Sarah Palin, planned her strike against the Nazis coming from the moon. For this film, other locations in Frankfurt were transformed into New York - but we'll get to that another time.

It wasn't until the summer of 2016 that filming took place again at the VAU. This time, the building provided the backdrop for scenes from the romantic comedy AUF DER ANDEREN SEITE IST DAS GRAS VIEL GRÜNER starring Jessica Schwarz and Christoph Letkowski, which is scheduled for release in 2017. These are all examples of how completely different and versatile a location can be used for different films. 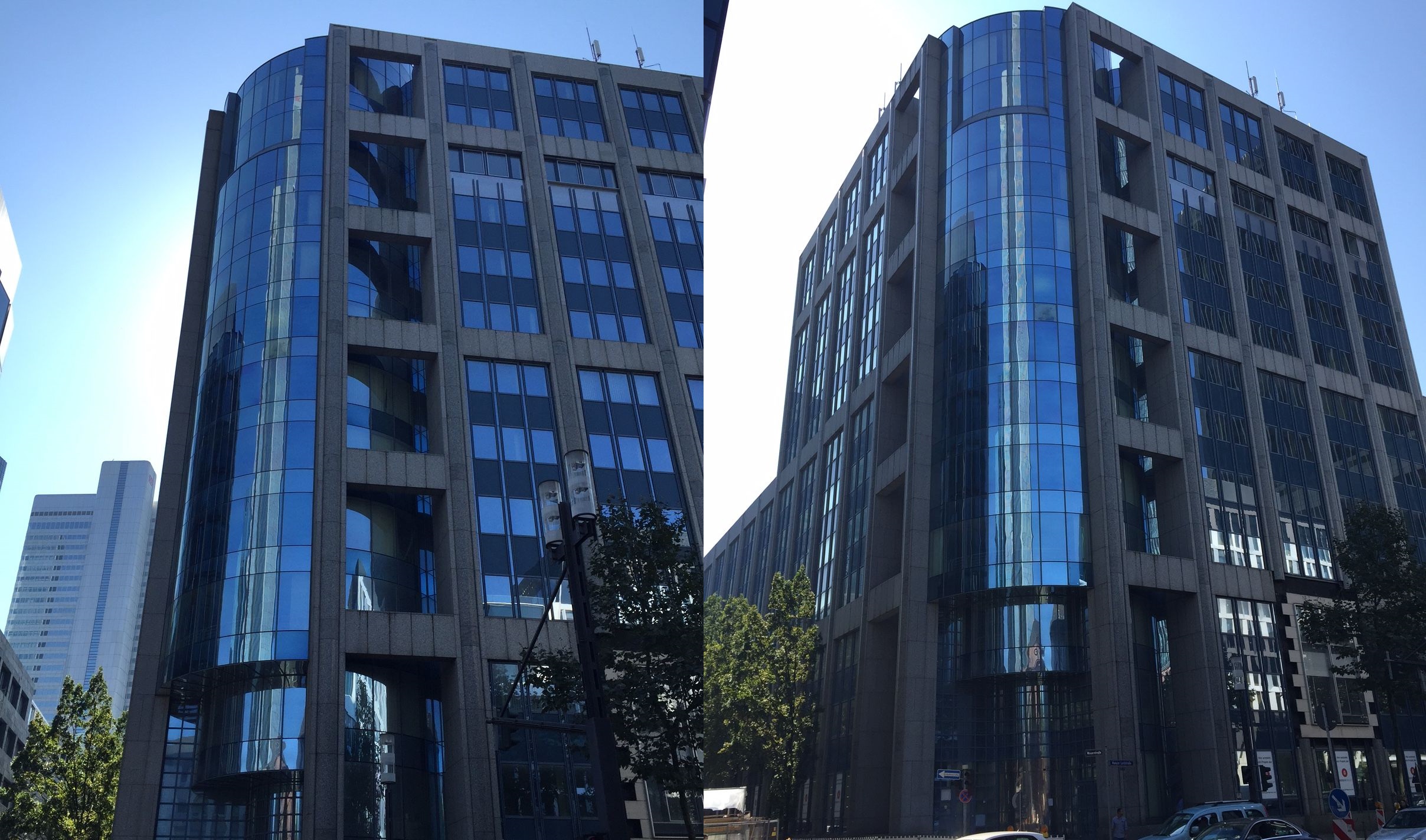