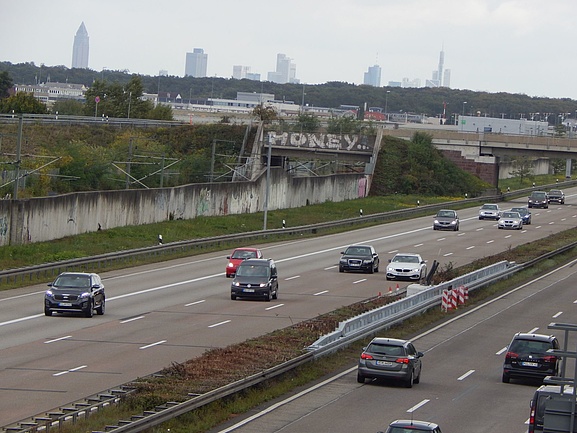 The Main metropolis is one of the most important European traffic centers and also a hub for international and national traffic. Hardly any other region in Germany is as easy to reach from all over the world as Frankfurt Rhine-Main.

This is due not only to the international airport with the largest passenger volume in continental Europe, but also to the close networking with rail and road, and this both in long-distance and local transport.

With 61 million passengers (2015), Frankfurt Airport is the third largest airport in Europe and, with 2.1 million tonnes of air freight (2015), the largest cargo airport in Europe. Every week, around 130 airlines with over 4,400 flights connect Frankfurt with 304 destinations in 110 countries.

In addition, Frankfurt Airport is integrated into the European high-speed rail network with its own railway station.

The Frankfurt Main Station (opened in 1888) is by size, the reception building is 270 metres wide and 30 metres high, and capacity, 25 tracks in five platform halls, one of the most important stations in Europe and, with up to 350,000 passengers daily, the most important hub for train traffic nationwide.

It is also the central rail hub in the Rhine-Main region.

Individual transport with its close-knit road network is also impressive.

The Frankfurter Kreuz motorway interchange is the busiest in Germany, with more than 300,000 vehicles using it every day.

Two main arteries of the German motorway network meet here:
The A 3 (Cologne-Munich) and the A 5 (Hamburg-Basel).

On the one hand, the outstanding traffic connections bring an important locational advantage to the city and the region as well as to the local economy; on the other hand, the enormous traffic volume leads to many traffic jams, the parking situation is striking and noise pollution and air pollution are constantly increasing.

The passionate discussion about the planned airport expansion as well as the problem of fine particulate matter, which since October 2008 has been made more difficult by the establishment of a Environmental Zone in Frankfurt have been intended to defuse this, are a vivid illustration of this.

The Frankfurt Rhine-Main region has an excellent transport infrastructure.

Therefore, the high volume of traffic and construction sites for the maintenance and expansion of the road network lead to traffic jams again and again.

Inform yourself about the current traffic situation in and around Frankfurt Rhine-Main.

Infos on current traffic jam reports and traffic information, on construction sites and occupancy of parking garages, the city map of Frankfurt as well as addresses and phone numbers of taxi call and carpooling agencies can be found HERE in the service area.