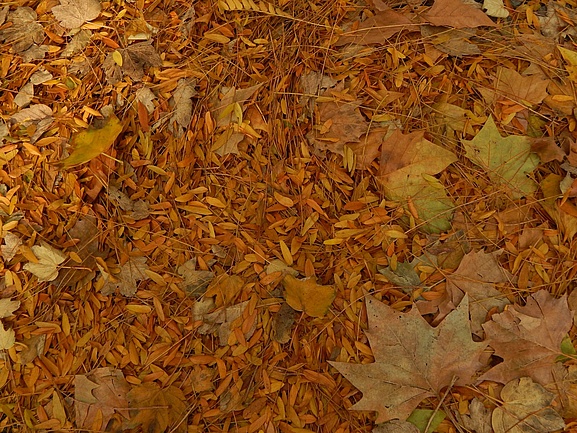 There are a number of significant holidays and commemorations in the fall. These include the Day of German Unity, Halloween, Reformation Day, Martinmas, All Saints' Day, All Souls' Day, Remembrance Day, Sunday of the Dead and Day of Prayer and Repentance. We have compiled for you times the individual holidays and festivals and shed a little light on their significance.

On October 3. October 1990, the five states of the GDR (Mecklenburg-Western Pomerania, Brandenburg, Saxony-Anhalt, Thuringia, Saxony), which had been re-established in July and dissolved in 1952, joined the scope of the Basic Law of the Federal Republic of Germany (FRG).

One day later, the first constituent session of the all-German Bundestag took place in the Reichstag building in Berlin, which declared 3 October (instead of 17 June) as German Unity Day

The word "Halloween" probably comes from "All Hallows Eve", the eve of "All Hallows Day" (All Saints' Day). This evolved over time into the abbreviation Halloween.

It is likely that Halloween is of Celtic origin (Samhain) and that the Irish originated this festival.

For more on Halloween, check out our separate Halloween special HERE

In commemoration of October 31, 1517, the day Martin Luther published his 95 Theses against the abuse of indulgences and the alienation of faith by the Catholic Church, Protestants around the world celebrate Reformation Day.

In popular custom, the thought of death and transience plays an important role in the autumn holidays and commemorative days (see All Saints' Day, All Souls' Day, Remembrance Day and Sunday of the Dead)

Annual days of remembrance for the deceased - be they martyrs or saints - already existed in ancient Christianity.

The feast evolved from the feast of the consecration of the Pantheon in Rome, which was celebrated in the Christian Church as a festival in honor of Mary and all the saints. Anno 835, Pope Gregory IV officially instituted the custom.

In the Roman Catholic Church, a memorial day of the dead. Its original purpose, in addition to prayer and almsgiving, was to assist souls in purgatory.

Then in 998, Odilo of Cluny placed the celebration of All Souls' Day on Nov. 2. The monks of Cluny spread the feast in the 11th century. It was not officially incorporated into the Roman calendar until 1311.

On All Souls' Day, the graves of the deceased are decorated as well as grave lights, called. "Seelenlichter", are lit.

Volkstrauertag (Sunday before the Sunday of the dead)

The Volkstrauertag is a national day of remembrance in Germany. It has been celebrated since 1952 in November on the Sunday before Totensonntag and commemorates the war dead and victims of tyranny of all nations

Death Sunday was established in Prussia in 1816 by King Frederick William III. as a day of remembrance for the fallen of the wars of liberation introduced.

Since the 19th century developed in Germany the tradition of the Totensonntag, which is celebrated on the last Sunday in the church year, before with 1. Advent the new church year begins.

On Totensonntag it is customary to visit the cemeteries and decorate the graves.

Day of Atonement and Prayer (on the Wednesday before Dead Sunday)

.The history of this day dates back to the Reformation era, when Protestant church ordinances mandated days of repentance and prayer, held at various times and often on topical occasions.

On these days, the entire population was publicly called to repentance and prayer on the occasion of impending dangers (e.g., epidemics or the Thirty Years' War)

Regularly held days of repentance and prayer grew out of this tradition over time.

In 1853 and 1878, the Eisenach Conference of Protestant Church Leaders was concerned with establishing a general day of repentance and prayer.

The date agreed upon was the Wednesday before the last Sunday after Trinity Sunday.

In 1995, the Day of Prayer and Repentance was abolished as a state-church holiday in all German states except Saxony, despite considerable protest from the Protestant Church.

The additional working day was intended to finance the employer's contribution to long-term care insurance.

Since then, public observance of the Day of Prayer and Repentance has declined considerably

According to legend, Martin encountered a poor, unclothed man, who was freezing to death, at the city gate of Amiens on a freezing cold day in winter. In a merciful act, he parted his cloak with his sword and gave one half to the poor man.

On Saint Martin's Day, in many places, the life of Saint Martin is commemorated in a service at the evening hour, after which children set out with lanterns for a procession of lights.

.Following the St. Martin's procession, some places still practice St. Martin's caroling, in which children parade from house to house with their lanterns, singing to ask for sweets, cookies, fruit and other gifts

On St. Martin's Day, St. Martin's fires are lit at the evening hour. Here the fire is understood as a symbol - it brings light into the darkness. In the Christian faith, the light reminds of Jesus Christ.

The largest St. Martin's fire in Frankfurt takes place on 11.11. in the Günthersburgpark in Frankfurt's Nordend district.

The Martinsgans is also widely used today. The goose as a symbol of Saint Martin is a custom based on a legend.

Martin supposedly resisted becoming a bishop and so he hid in a stable. But the chattering geese betrayed him, and he was forced to accept the episcopate.

Every year since, many geese have had to "pay" for their "betrayal with their lives.

You can learn more about Autumn HERE

You can learn about first-time customs HERE