On 09 May 2021 is Mother's Day! There is then again lovingly the breakfast table for Mutti set, there are beautiful pictures painted, bouquets of flowers and chocolates bought. And surely in some households a certain Heintje will belt out his immortal "Mama". In this special we want to give you a few tips on what you can do on Mother's Day in Frankfurt despite the lockdown. In addition, we would like to illuminate the origins of Mother's Day. 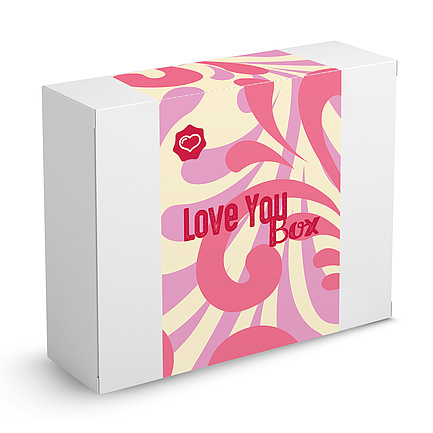 "Say thank you or "I love you" - you can with the awesome Mother's Day Box! The limited edition gift box is filled with high quality local products, including

Heart Lollipop by Life is Sweet as well as

The boxes are available for pre-order now and will be shipped from 30.04.2021! A really nice gift that you can use to not only say THANK YOU, but also support local manufactures and merchants

Get more info HERE and order the box

In Frankfurt, there are many lovely ways to give mothers a special treat this Sunday. Flowers actually always put a happy smile on the faces of the recipients. Where you can get especially beautiful flowers in Frankfurt, we tell you HERE.

If you don't want to set a rich breakfast table yourself, there is a real alternative even in times of lockdown. Many cafes udn bakeries offer breakfast to go or especially tasty breakfast or brunch boxes. We have put together some offers for you HEREt.

Also for a nice Mother's Day dinner you can fall back on a rich To Go or delivery offer in Frankfurt. Tips for this can be found HERE.

After brunch or before going out to eat, a nice outing would be just the thing for a successful Mother's Day. Unfortunately, there are also here pandemic-conditioned some restrictions Nevertheless, there are in and around Frankfurt a few beautiful destinations for a joint walk. Our tips:

A visit to the Palmengarten

Here, not only the many beautiful flowers and exotic plants provide a particularly atmospheric atmosphere. The outdoor area of the Palmengarten is still open, but there are some rules to follow when visiting. You can find more info HERE

Alternatively, it is always worth visiting the neighboring Botanical Garden or one of the beautiful parks in the city area.

Comical Art in the GrünGürtel

You can also enjoy Mother's Day with a nice walk or a bike ride along the GrünGürtel. In our InsideFFM blog we invite you to discover works of comic art in the GrünGürtel. You can find the blog post HERE

Now that we've given you a few tips for Mother's Day, let's get to the bottom of the question: Where did this tradition actually come from? As with many of our festivals and days of honor today, their origins can be found in ancient times. The original mother of the ancient Greeks was the goddess Rhea (Rhea means: river of life), daughter of Uranus and Gaea, and mother of all gods and goddesses. The mother cult that arose in her honor was celebrated as part of a great spring festival.

"A festival derived from the custom of mother worship in ancient Greece. A formal mother-cult, with ceremonies for Kybele or Rhea, the great mother of the gods, was practiced on the Ides of March throughout Asia Minor."

In 13th-century England, the Sunday of Laetare was celebrated as the Sunday of the Lord. By the mid-nineteenth century, Laetare Sunday was observed as "mothering sunday", when people gave thanks to Mother Church for her motherhood and, as a result, gave thanks to their birth mother.

As early as 1644, it was reported: "Every Mid-Lent Sunday is a great day at Worcester, when all the children and grantchildren meet at the head and chief of the family and have a feast. They call it Mothering Day."

The Sunday meant here (Lätare) was used by children living away from home to visit their parents (go a-mothering) and thank their mother with small gifts.

In Thuringia, Lätare (Mid-Fast Sunday) was a general visiting day with generous entertaining of relatives.

Similar traditions are known from Champagne and Wallonia.

The delight to fable."

And an old folktale expresses mother-love as follows:

live on in health,

Where does Mother's Day come from?

In 1872, writer and women's rights activist Julia Ward Howe went public with a demand that American mothers be given an official holiday.

Anna Jarvis of Philadelphia took up the idea again, celebrating a thanksgiving service at the church in her hometown of Grafton, West Virginia, on May 9, 1907 - the 2nd anniversary of her mother's death. She also launched an initiative to establish an official holiday to honor mothers. While "Mother's Day" initially started only in Philadelphia in 1908, 45 American states adopted this commemorative day by the following year.

The publicity campaign was ultimately crowned with success when, on May 8, 1914, President Woodrow Wilson established Mother's Day for every mother in the United States. May 1914 declared Mother's Day a national day of honor for every second Sunday in May.

In addition to the custom of wearing a colored carnation on that day in honor of living mothers or a white one in remembrance of those already deceased, the sending or handing of Mother's Day cards caught on from then on.

After World War I, Mother's Day was also able to establish itself in mainland Europe.

First in Switzerland (1917) and Scandinavia (1918/19), then in 1923 in Germany, where it was piquantly established by the Association of German Flower Shop Owners.

In 1933, during the "Third Reich", the National Socialists declared the family holiday a state holiday (second Sunday in May) and abused it for their mother cult ideology.

With the founding of the Federal Republic in 1949, Mother's Day once again became a purely private holiday. In the former German Democratic Republic, on the other hand, Mother's Day was not officially celebrated. It was replaced by the International Women's Day on March 8.

Even today, more flowers are still given for Mother's Day than for Valentine's Day.