Many religions, on the other hand, have a movable New Year's Day! The Jews and Islam according to lunar years, the Iranians according to solar years.

In China, Korea and Vietnam, people welcome the New Year between the end of January and the end of February.

New Year is the biggest festival in Chinese culture, celebrated for three days with magnificent dragon and lion parades.

New Year is also associated with various facets of superstition.

Free according to the motto As the New Year begins, so is the whole year was and is also nowadays still proceeded according to certain rules:

So strives bspw. the housewife already since time immemorial to let hang over New Year yes no laundry to the drying, since this brought misfortune and work in the coming year with itself.

In the many rural areas of the alpine region the smoking, the walking of the living and work areas and stables with blessed incense, is usual, in order to drive away the demons.

In the Chinese world, according to ancient tradition, before the New Year begins, the house is thoroughly cleaned with bamboo branches, which drive away evil spirits. During the New Year, one would run the risk of sweeping out luck as well.

Many food and drink customs that people practice at the turn of the year also have a superstitious background.

That one treats oneself to something particularly good on New Year's Day is obvious, after all one says: Who feasts well over the years, has the whole year full.

So some people let the superstition spoon out his lentil soup on New Year's Day, so that the change never runs out in the new year. In other areas, this is attributed to eating sauerkraut.

The New Year's carp is also popular. This involves the father of the house placing one of the fish scales under his plate. This must be kept in the purse throughout the year, which is said to guarantee a bulging wallet. 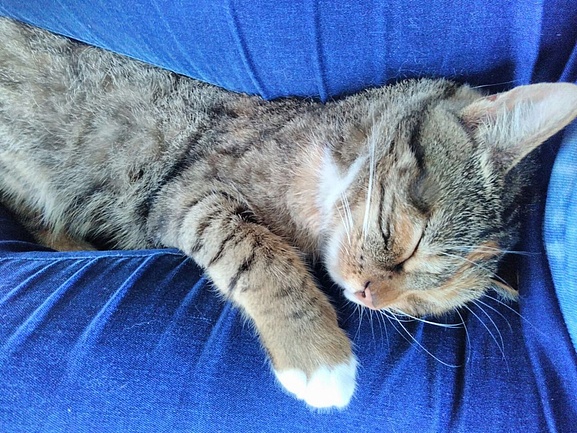 By following our tips & tricks, you'll get through even the most raucous New Year's Eve party without the infamous hangover.

Fatty foods slow the absorption of alcohol in the blood. Have a high-fat meal for once before the drinking binge.

Stay to one type of alcohol, as the mess of drinks guarantees a buzz.

Avoid the dark drinks, such as red wine, brandy, cognac and whisky. Because they cause the worst grumpiness. Rather reach for white wine or vodka.

Nibble on chips, nuts and pretzel sticks to compensate for the, loss of minerals due to alcohol.

You wake up the next morning or even at noon, your skull is buzzing and the headache almost kills you?

Then only the hangover breakfast helps.

But if possible, avoid reaching for the pain pill!

Instead, take a long walk. Lots of fresh air is guaranteed to make you fit.

A nice New Year's Eve party wishes you the entire team of frankfurt-tipp.de

Widespread in Central Europe are dishes made of pork, such as pig's head or sow's snout, which are said to bring good luck.

As a sweet, people eat marzipan pigs but also baked goods such as fruit bread or the so-called. New Year breads, in which often individual coins are baked in.

Poultry, however, should be consumed at New Year in no case, because the luck flies away otherwise. An exception are the Rhinelanders, who want to defy their fate with the New Year's goose.

With the Greeks there is the Basiliusbrot, in which they bake individual coins.

In some parts of England they bake triangular cupcakes, which are filled with mince (minced meat) and given as gifts.

In England, moreover, it is customary for neighbours to visit each other on New Year's Day and eat homemade cakes with wine together.

InScotland, on the other hand, people serve the so-called Black Loaf (Black Bun). Haggis, stuffed sheep's stomachs, are eaten in a cosy circle of friends. The whole thing is washed down with copious amounts of whisky.

In Russia, people eat borscht and kutya, the latter a porridge-like dish made of wheat and other grains, which represent hope, and honey and poppy seeds, which are said to bring joy and success.

In Israel, sweet apples in honey as a New Year's dish are said to express hope that the New Year will be sweet.

In Spain, a grape is eaten at each midnight chime. At the 12th stroke, before hugging and congratulating each other, it must all be eaten then, lest one have bad luck in the new year.

Americans visit friends, relatives and neighbors. During these impromptu visits, people wish the very best for the new year that has begun, and there is plenty of eating and drinking.

Japanese bake rice cakes at a social gathering a week before the New Year.

On New Year's Day, people eat soga, a type of pasta similar to Italian macaroni, which is said to bring long life.

As varied as the eating habits are the drinks served at the turn of the year.

Champagne or sparkling wine, takes center stage. Around the globe, people pop the corks at the midnight hour.

In Scotland, however, they don't toast with champagne, but with the hot pint, a punch made of strong beer, whisky and eggs.