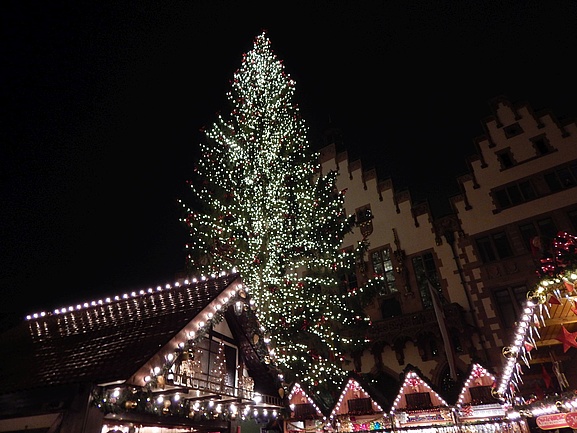 Punctual for the 24th anniversary of the birth of the Christmas tree December the colourfully decorated Christmas tree is back in the living rooms. A custom that has spread throughout Europe over the centuries.

The tree is today the most popular Christmas symbol and stands in many cultures and religions as a sign of life.

The origin of the Christmas tree can be found in medieval paradise games.

These were listed year after year on the day before the Christmas nativity play to illustrate the connection between the Fall and the Redemption through the birth of Christ.

In the course of the 16th century, the first of these evergreen trees spread outside the church, initially in the Protestant regions.

Even in noble families the Christmas tree gradually moved in. In 1611 the first illuminated Christmas tree is said to have stood in the castle of Duchess Dorothea Sibylle of Silesia

For a long time the Christmas tree remained a Protestant custom, as it was understood as a denominational counter-symbol to the Catholic crib.

It was not until the end of the 19th century that he became part of the Christmas image of Catholic living rooms.

Nowadays the Christmas tree is the best known Christmas symbol.

The impressive Christmas tree in front of the Rockefeller Center in New York is famous.

First installed in 1931, it offers an impressive sight year after year with its 30,000 lights.

The first Christmas trees were decorated with apples. Over the years, sweets and nuts were added.

In the Biedermeier period the real apples were replaced by Christmas tree balls made of glass.

Nowadays everything is allowed for Christmas tree decorations. However, red and white are still the most popular colors.

Saint Francis of Assisi is considered the "inventor" of the Christmas crib. In the Christmas night of 1223 he held a crib celebration with live animals in a cave near Greccio.

As the shepherds of Bethlehem once did, people from the surrounding area pilgrimaged to the crib and heard the Good News there.

About 500 years later there was the first crèche in Rome. It can still be seen today in the chapel of St. Maria Maggiore.

Today the nativity scene is still the most important Christmas symbol

strong>Other Christmas specials in the Catholic countries of Southern Europe:

Christmas customs from all over the world I

Christmas customs from all over the world II