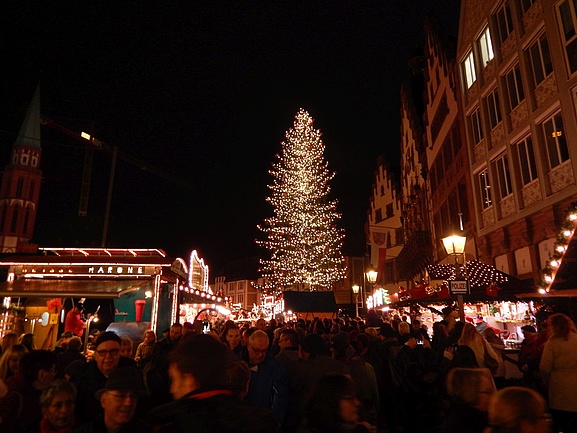 Have you ever wanted to learn more about the origins of Christmas? Or know how Christmas is celebrated in other countries? Are you looking for delicious Christmas recipes or a beautiful poem for the holiday? Then this special is just the thing for you!

Let's get started with a look at the origins of Christmas.

Christmas is the Christian celebration of the birth of Jesus and thus the incarnation of God.

The main feast day of Christmas is December 25, which since the Reformation has begun on December 24 with Christmas Eve (also Holy Night, Christnacht).

Christmas is, with Easter and Pentecost, one of the three main festivals of the church year, beginning with Advent

Nothing can be found in the Bible about the origin of Christmas other than the birth of Jesus.

Nor is there any definite reference to the date of birth of Jesus Christ.

December 25 seems rather unlikely, since the shepherds still left their animals outside at night, which was certainly not advisable in the cold Palestinian nights.

And why would the Romans hold the census in the wintertime of all times (Christmas story)?

But then why was December 25 set as the day of Christmas proper?

The 25th. December was already an important date in pre-Christian times in many cultures, as the winter solstice festival (according to the Julian calendar) was celebrated on this day.

The Germanic tribes celebrated Yule or the Midwinter Festival at this time.

In the Roman Empire, Saturnalia, a festival of peace, was celebrated, especially commemorating the poor and slaves.

In Persia, Mithras, the light or sun god, is said to have been born on this day.

The cult of Mithras began to spread throughout the Roman Empire as a new religion in 70 BCE. Mithras was also worshipped as savior and redeemer.

The cult of Mithras knew the seven sacraments with baptism, confirmation, and communion.

The doctrine of the Trinity, the immortality of the soul, the last judgment, and the resurrection were components of the cult.

Emperor Diocletian (284-305) even appointed Mithras as "protector of the empire".

It was not until Constantine (288-337), who forcibly usurped the imperial crown by defeating Maximus in 312, that Christianity was instrumentalized to achieve his military and political goals.

The non-Christian emperor was not baptized until his deathbed, three days before his death.

He is venerated as a saint by the Eastern Church to this day. Emperor Theodosius (379-395) finally declared Christianity the state religion.

The increasingly powerful Church demonized the cult of Mithras, but met with little response from the populace, who remained attached to their customary customs.

So, as with other festivals (Valentine's Day, Easter), people began to assimilate existing traditions, which was quite umproblematic because of the many similarities with the cult of Mithras.

Whether ultimately the Christian celebration of Christmas is to be interpreted as an adoption of such older or else competitive displacement of parallel mystery cults is debatable.

As an ecclesiastical holiday, December 25 is attested since 336 in Rome.

It was not until the 7th and 8th centuries that the date of December 25 became widespread in Germany as a feast day on which to celebrate the birth of Christ.

At the 813 Synod of Mainz, this day was officially declared the "festum nativitas Christi".

Nowadays, Christmas is usually celebrated as a family holiday with people giving each other presents. This custom has been around since the 16th century.

In addition, there were old and new customs of various origins, such as the Christmas crib and nativity plays (since the 11th cent. Century), the Advent wreath (1839), the illuminated Christmas tree (1611) and since the 19th century Santa Claus.

The latter is increasingly competing with the Christ Child and Santa Claus as the bringer of gifts to children in many regions.

Many countries associate other customs of their own with Christmas.

It is impossible to imagine our society without Christmas. Yet commercialism has long since come to the fore.

Instead of peace and contemplation, the motto today is rather "Gehet und Kaufet".

Advent and Christmas are the busiest weeks of the year for retailers and wholesalers.

Christmas calendars, Christmas cookies and the first Santas are already on supermarket shelves by the end of September.

At the end of November, the consumer temples and shopping streets of the city centres are decorated.

Christmas traditions from around the world I

Christmas traditions from around the world II