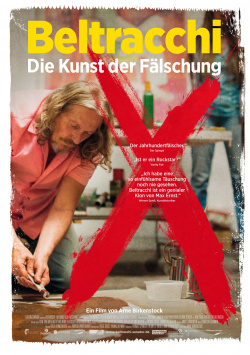 Beltracchi - The Art of Falsification

It was a sensation in the art world when in 2006 Heinrich Campendonk's painting "Red Picture with Horses" was sold at the Kunsthaus Lempertz in Cologne for a world record price of 2.8 million Euros. The scandal was all the greater when the painting was exposed as a fake in 2010. In the course of the investigations, the investigators discovered further forgeries, the traces of which led to the couple Wolfgang and Helene Beltracchi. For years, Wolfgang Beltracchi's works had been deceiving even high-ranking experts, and his arrest revealed the biggest European art forgery scandal in post-war history. The special thing about Beltracchi's fakes is that he does not copy works, but the style of certain artists.  Thus he then creates lost pictures of a Max Ernst, which his wife then sold - equipped with a cleverly devised background story. For many years Beltracchi was able to deceive even the best experts with his fakes. And to this day it is not clear how many of his pictures are actually still in circulation and are regarded as "real".

Filmmaker Arne Birkenstock not only traces this unique art scandal in "Beltracchi - The Art of Forgery". In his documentary he also tells of the biography of the now imprisoned art counterfeiter and observes him extensively in his work. It is a very special story that this film tells with refreshingly sly humour. It's true that some of the scenes in which Beltracchi is shown at work drag on a bit and you wish to learn more about the whole scandal and the investigations, unless you're fully familiar with the background. Birkenstock only serves this information in bits and pieces throughout the film. Without any previous knowledge you feel a little lost as a viewer, especially in the first half of the documentary.

This is, however, compensated by the very open and engaging nature of Beltracchi. Of course, in the moments when he has placed the signatures of other artists under his works, he has made himself punishable by art forgery, and even the deception of the buyers of his works is beyond question. Nevertheless, in view of the fact that for many people only the financial value of a work of art counts and that pictures are very often degraded to meaningless investments, one cannot deny the impression that Beltracchi has a more honest relationship to art than many people who scold themselves as lovers or experts. And in such cases, the thought that he has unmasked such people as deceivers with his counterfeits can lead to a certain malicious joy.

That real art lovers are not particularly good at talking about the counterfeits and their creators is, however, understandable. But nobody can deny that he has a very special talent. Even the most ingenious fraud could not have worked if the works had not been so successful that the experts could have been deceived by them. The film manages very well to portray both positions without imposing a rating on the viewer. Of course Wolfgang Betracchi is the focus of the documentary and of course he also has the sympathies on his side at the end. Nevertheless, Arne Birkenstock manages very well to give the opposite side enough space to be able to take up a comprehensible position. Thus "Beltracchi - Die Kunst der Fälschung" has become a very interesting and above all highly entertaining documentary in spite of some small lengths, which will certainly lead to detailed discussions about the definition of art among many viewers. Worth seeing