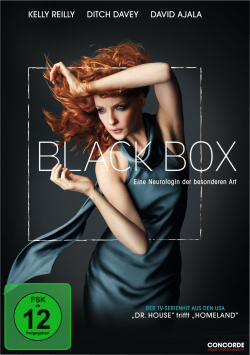 Film: Catherine Black (Kelly Reilly) is a successful neurosurgeon who is considered a luminary in her field. But Dr. Black has a secret: she has been suffering from a bipolar disorder for years. Her manic-depressive episodes can only be controlled by medication. But Catherine doesn't want to let chemicals cloud her mind. Through her mental illness, she repeatedly succeeds in establishing a very special relationship with her patients, interpreting their symptoms better and thus being able to help them faster and more effectively. Of course, a healthy private life is out of the question. When her boyfriend Will (David Ajala) proposes to her, she is forced to tell him the whole truth about her illness. Although they overcome this hurdle with some small difficulties, the relationship is not under a particularly good star. Because during one of her episodes Catherine attacked her new colleague Dr. Ian Bickman (Ditch Davey), which of course the notorious womanizer was only too happy to let happen. And now there is an enormous tension between the two, which complicates the already heavy work in the New York hospital even more. But all this doesn't prevent Catherine from doing what she does best: being a brilliant doctor...

"Black Box" not only gathers a lot of great talents in front of, but also behind the camera. With Simon Curtis ("My Week with Marilyn") or the actors Eric Stolz and Andrew McCarthy on the director's chair, as well as "X-Men" director Bryan Singer as producer and Gary Lennon ("Justified", "The Shield") or Oanh Ly ("Criminal Minds") series creator Amy Holden Jones was able to assemble a really top-class team around herself. And Oscar winner Vanessa Redgrave, Cannes winner Kelly Reilly and Terry Kinney from the award-winning prison series "Oz" also suggest first-class TV entertainment. Moreover, the concept of the series sounds like a mixture of female "House", spiced with a pinch of "Grey`s Anatomy". All very good omens.

And so it's not surprising that the series, which after 13 episodes has already been discontinued again, has some very strong moments and highly interesting storylines. What "Black Box" ultimately fails because of, however, are the makers' overly high ambitions to make the series of conventional food something very special. Especially in the pilot episode, the unusual soundtrack, which was used completely against the usual mass tastes, stands out. That's commendable in principle, but the free-jazz sounds quickly gnaw at the nerves of the audience and thus distract too much from the actual action. But that's not all: in order to make the series even more bulky, Catherine's psychic thrusts are portrayed in an extreme way, for example through spontaneous dance interludes in the stairwell of the hospital. That's perfectly okay in small doses, especially as Kelly Reilly delivers a strong and extremely dedicated presentation just here. However, such scenes are used a bit too often, so that they quickly become exhausting and put the entertainment value of the series to the bottom.

That's a pity in so far as the cases the doctor is confronted with are really extremely gripping, moving, amusing or just interesting in themselves. But the staging, overwhelmed by her good intentions, unfortunately ensures that it is no real pleasure to watch Catherine and her colleagues at work. Here something less would have been really much more. Those who aren't bothered by the very intrusive jazz soundtrack, the very exhausting main character and the somewhat bulky staging and fight their way through the first three episodes in particular, will get more than solid TV-entertainment, which absolutely deserves to develop further and maybe find a sound that would have made it accessible to a wider audience. Kelly Reilly alone would have wished for that. Therefore, the following applies overall: With restrictions and reservations, it is definitely worth seeing!

Picture + sound: There is really nothing wrong with the audiovisual implementation. The picture is absolutely clean, the colours are atmospherically balanced and the sharpness of the picture is at a very high TV level in most moments. The sound is a harmonious Dolby Digital 5.1 mix in which voices, music and ambient noises - supplemented by isolated sound effects - form a convincing carpet of sound. Good!

Fazit: "Black Box" has a lot of good ingredients, but sometimes it is a bit exhausting. Spontaneous dance interludes or hysterical fits of the main character and the very intrusive jazz soundtrack, especially in the pilot episode, make the otherwise rather conventional stories a somewhat bulky affair. Thus the entertainment value of comparable hospital series like "House" can never be reached despite the very committed Kelly Reilly. However, if you like basically unadapted serial heroes and don't mind the aspects of the series that take getting used to, you can certainly entertain the 13 episodes of this first and only season of "Black Box" well. Recommended!