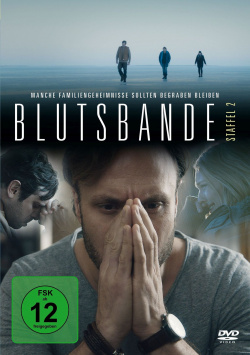 Film: On a picturesque island in the Swedish archipelago, the siblings Lasse, Jonna and Oskar run the small guesthouse that their mother Anna-Lisa Waldemar left them after their suicide. The first season together was turbulent and opened many old wounds. Now it is winter and the guesthouse is about to reopen at Christmas. But Oskar, who was supposed to take care of everything here, fell into a deep hole after his wife Liv disappeared. He didn't take care of important repairs, orders or licenses. When Simon returns from Stockholm, he finds his brother in almost the same state of ruin as the house. Now he has to take care - but he has quite different problems, which will bring a lot of trouble to the island. Jonna takes the reins after her arrival, but can only repair superficial defects. Because the problems the brothers and sisters have to struggle with are much deeper and threaten to escalate when their uncle finds his brother's body. A lot of counterfeit money, Liv's sudden return and the still unsolved family secrets make for another turbulent season on the small island…

The dark family drama "Blutsbande" from Sweden by producer Henrik Jansson-Schweizer ("The centenarian who climbed out of the window and disappeared") enters the second round. And life on the little island becomes more and more difficult for the three siblings. Old conflicts from the first season are drawing further circles, while new problems are also approaching the three of them. The secret of her father's death, for example, which was actually solved in the first season, now takes on unexpected proportions and threatens to drag all three siblings into the abyss. Even the not exactly easy relationship between Oskar, his wife Liv and their old feelings for Lasse led to complications in the first season, the extent of which is only now becoming apparent.

Then of course not enough: The daughters of Oskar and Lasse also seem to have gotten the bad karma floating over the family. Because they too are part of a story that is becoming more and more dramatic and that can't really come to a good end. One could almost argue in the second season that the conflicts and twists are almost too much of a good thing. But the direction, scripts and actors are so good that the whole thing still works. Yeah, it's a little thick in places. But the dense atmosphere creates a captivating tension that you can hardly escape. One feverishes with the figures and even if their actions are not always morally flawless, one wishes that in the end everything turns to the good for them.

"Blutsbande" is also in its second year a well done mixture of drama and thriller, which is well entertaining with very quiet, but also some extremely exciting moments. Visually and dramaturgically very good television that can be recommended to all lovers of Nordic dramas of the exciting kind. Worth seeing!

Picture + sound: The atmospheric images of the island landscape in the Swedish archipelago can unfold well on the DVD. Although there are slight losses here and there in the darker scenes in the details, the overall impression remains very positive due to the good overall sharpness and the very atmospheric coloring. This also applies to the stereo sound, which more than satisfactorily fulfils its primary purpose - to make the dialogues and some atmospheric ambient sounds sound well coordinated with each other. Good.

Extras: Unfortunately the box does not offer bonus material.

Fazit: "Blood ties" enters the second round thrilling and stirring. Old conflicts from the first season will be expanded and further conflicts will be added. The visual implementation once again creates a dense atmosphere. Thus it remains exciting even in such moments, which seem a bit too thickly applied. The DVD presents the series in good picture and sound quality. However, viewers unfortunately have to do without bonus material. Nevertheless, the bottom line is clear: Recommended!