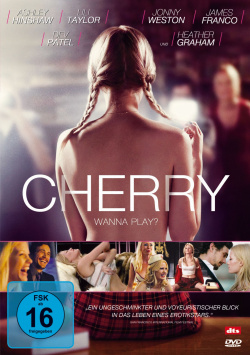 Content: The young Angelina (Ashley Hinshaw), has had enough of her life in the small town. The job in a laundry, her constantly drunk mother (Lili Taylor), her obtrusive partner and the responsibility she has to take over for her little sister Jojo (Maya Raines), all this just gets too much for her. That's why she's into taking nude pictures of herself. With the money she earned she moves to San Francisco together with her good friend Andrew (Dev Patel). Here she hopes to be able to start from scratch and make good money. But as a waitress in a strip club, she doesn't earn enough to live the life she dreamed of in her hometown. And so, on the advice of a colleague, she decides to try herself as a porn actress. And indeed, the tide seems to be turning for Angelina now. Her director Margaret (Heather Graham) is enthusiastic about her natural beauty and her relaxed nature from the very first moment. And also in love it seems to finally work out after the encounter with the wealthy Francis (James Franco). But luck comes with a price Angelina may not be willing to pay...

The difficulties Angelina is confronted with don't arise during her work, but in her personal environment. The family is broken and her boyfriend has difficulties with her job, although he is still very open-minded at first. It is to be noticed to the film again and again that Stephen Elliott, who makes his directing debut with "Cherry", was striving for authenticity. Both the look of the movie, as well as the dramaturgical structure of the various conflict situations, seem very realistic. In addition, the drama has a very good cast, with Ashley Hinshaw ("Chronicle", "LOL") in particular leaving a very positive impression as Angelina/Cherry.

Despite all the good ambitions and positive aspects, "Cherry" is not entirely convincing. Some of the secondary characters look very stenciled and some conflicts are dealt with very superficially. This is especially negative in the final argument between Angelina and her best buddy Andrew. It's clear why Angelina feels hurt here, but based on the intensity of this friendship, as it has been shown before, the aftermath of this quarrel is a bit exaggerated and solved unsatisfactorily for the viewer. The actual ending, which brings with it a drastic change for Angelina's life, also comes along a bit rushed. Without revealing too much, it simply has to be said that this turn of events in the story has not been prepared enough, at least from Angelina's point of view, to be really credible.

Picture + Sound: The picture of the Blu-Ray is absolutely clean and has a very good image sharpness and an authentic color scheme. Smaller details also come into their own here, whereby smaller quality losses can only be noticed in very dark scenes. Despite the DTS-HD Master Audio 5.1 mix, the sound remains largely unspectacular, which is less due to the quality than to the very quiet and dialog-heavy staging. The voices of the actors and the dubbing actors sound clear and powerful from the speakers, smaller ambient noises and the soundtrack provide here and there for a little movement in the surround range. Gut!