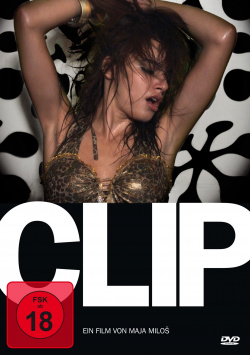 Film: The young Jasna (Isodora Simijonovic) lives with her family in a dull suburban settlement in Belgrade. Since her mother devotes all her energy to taking care of Jasna's seriously ill father, the student feels left all alone with her problems. More and more the girl flees into a world of parties, alcohol and drugs. As a close relationship with her classmate Djole (Vukasin Jasnic) develops, Jasna finally seems to get the attention she lacks from her family. But what began with real passion is increasingly turning into humiliating sex practices that make Jasna realize that Djole sees in her only an object that he can use as he pleases. And so there seems to be no way out of loneliness for them...

"Clip" is a very uncomfortable, shocking movie. Also because of his very explicit sex scenes he was even banned in Russia. It can certainly be questioned whether such a clear representation of oral sex and other practices was really necessary to achieve the intensity that the drama radiates. But since most of these scenes belong to the moments the viewer sees through the clips Jasna records with her smartphone, the unadulterated and drastic portrayal makes sense. Because for the girl the view through the mobile phone camera is a kind of escape from reality and for the viewer the sad testimony of her lost youth.

Thanks to the fact that her mother actually sees that something is wrong with her daughter, but due to her husband's illness she lacks the time and strength to pay more attention to Jasna, the story gets an even more tragic note. Because actually the girl could be caught by her family. But her father's illness, the threatening loss of a loved one, the lack of orientation in her own life and the lack of hope for recovery drag Jasna deeper and deeper into a self-destructive behavior. When she takes pictures with her mobile phone at parties, meetings with her friends or during sex, the world there looks colourful, cheerful and sexy. Here happiness and feelings seem to exist - which is of course a complete fallacy.

The play of the young leading actress, who has been replaced by a body double in the sex scenes with the help of excellent editing techniques, is just as thrilling as the sober, bitter style of the production, which comes to a credible and effective end with a very realistic ending. As a result, the movie is extremely hard to bear, though, as a viewer you always feel as if you've been punched right in the stomach and the seriousness that the drama brings with it doesn't get rid of so quickly even after the end. "Clip" is in many ways a real challenge, which only viewers who are used to uncomfortable, drastic Arthaus food should face. But then this youth drama is also absolutely worth seeing!

Picture + sound: In the scenes that show Jasna's mobile phone videos, there are some visual weaknesses such as blurring, which are stylistically intended and should therefore not be seen as a weakness of the technical implementation. Otherwise, the clean picture of the DVD convinces with a good overall sharpness and a very authentic color scheme. The Dolby Digital 5.1 mix is very reserved in many scenes, but overall it is very atmospheric. Here and there, besides the more directionally mixed dialogues, the surround channels also come into their own. Good!

Extras: As a bonus there is only trailer to see on the DVD.

Fazit: "Clip" is extremely hard food. The film is an uncomfortable and sad look at the life of a young girl who tries to escape the sadness and hopelessness of sex and runs the risk of losing herself completely. Hard food that shocks not only because of the drastic sex scenes. An intense challenge that one must be prepared to face. Therefore: Only for arthouse lovers who are not afraid of hard food, absolutely recommendable!