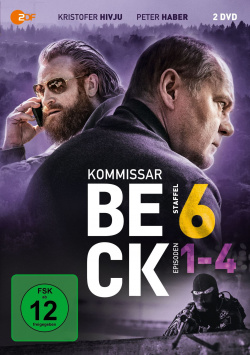 Film: Martin Beck (Peter Haber) quit the police service and temporarily transferred the leadership of the team to Steinar Hovland (Kristofer Hivju). He has to deal with the disappearance of a 17-year-old girl right away. But even Beck does not remain idle in his self-chosen retirement when he is asked by the secret service to help with the investigation for a boy who has joined the IS. When the two cases are brought together by a tragic find, Beck is reunited with his team shortly after his departure. But even if he postpones his retirement a little, he will no longer take over his old job. As the new head of department, he stays in the background and strives to find a permanent replacement for the vacant position. Steinar shows interest, but in the short period of cooperation he has convinced Beck that he is a good leader for the team. And while he is waiting for the decision, there are other cases like the murder of the coach of an ice hockey team or the death of a single mother…

Fans of "Commissioner Beck" have to be prepared for significant changes in the new consequences. Contrary to the German title, Beck is no longer a commissioner and actually only plays a minor role in the series. Steinar, played by Kristofer Hivju, known among others from the series "Game of Thrones", and the rest of the team will be even more prominent than before. This concerns both the investigation and her private life. Beck's appearances are particularly reduced to short conversations with his quirky neighbor or brief advice during team meetings. That he doesn't really investigate himself anymore is probably the most striking change of this season.

Does this change the series a lot? A little, yes, but not in such a way that the new consequences would really suffer. On the one hand, the cases are as exciting and atmospheric as usual. On the other hand, the other figures, especially Steinar, will be developed further in an interesting way. And the series can even profit a little from this. How Beck's new position changes the dynamics of the team and how certain personal relationships are initiated or changed makes the four episodes exciting even when there is no search for murderers.

And so fans of "Commissioner Beck" can't get past this box again, even if they don't like the really big change of the main character that was made here. Solid crime thriller entertainment with exciting cases and good actors - but there can only be one "worth seeing"!

Picture + sound: Everything stays the same here. Both the picture quality and the sound quality of the individual episodes are at exactly the level that can be expected from a current TV production. The image has a solid sharpness, with slight weaknesses in overall sharpness and contrast adjustment in the darker sequences here and there. The colouring is atmospheric and no significant picture disturbances or even soiling can be detected. The sound is primarily determined by the dialogues, but the restrained music, ambient noises and a few smaller sound effects also ensure that the surround channels are used audibly here and there. Good.

Extras: Unfortunately the box does not offer bonus material.

Fazit: Even though the title-giving "Kommissar Beck" plays a minor role in the new episodes, the team around Steinar alias Kristofer Hivju is strong enough to keep the series in the upper league. Also the new season offers again nordic exciting crime thriller entertainment of the particularly entertaining kind. The double DVD presents the four episodes in good picture and sound quality. However, the viewers have to do without bonus material again this time. Nevertheless: just because of the very emotional first episode of the box there is a clear one: Recommendable!